Etiquette and the California Teacher 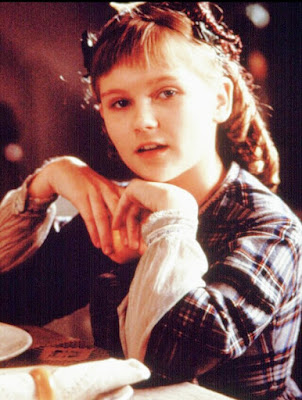 It will be necessary to instruct children upon the modesty which ought to appear on all occasions in their outward deportment—on the proper manner of sitting, of standing and of walking— on the proper positions for the hands and feet— on tbe proper uses of their exterior senses, especially on the use of the eyes, and the necessity of keeping them within due bounds—on the manner of speaking and pronouncing, of yawning and of spitting—and also to point out the more common faults of children in these respects.


On Teaching Manners in Schools


The following is a portion of an essay from
“The California Teacher,” 1865

The teacher's manner, for his own sake as well as for the good of his pupils, should be uniformly courteous. This courtesy does not consist in any studied conformity to certain forms and rules of expression and contact, but will naturally arise from a true appreciation of the relation of teacher and pupil. It must spring from real kindness, and will not at all detract from the dignity of the teacher, but, on the contrary, will serve to uphold it.

Even in the infliction of punishment, the teacher may and should preserve his dignity ; and, at the same time, by a certain mildness, yet firmness of manner, make the punishment doubly effective for the child's good. Every punishment given in passion becomes not only useless, but positively hurtful. The teacher who is unable to control his own temper, cannot exercise proper moral control over his pupils. There is one truth which should be kept steadily before our minds, and which will enlighten us in many of our duties. It is this: the schools are built and organized, not for tbe benefit of the teachers, but entirely for that of the pupils.

The teacher is for the school; and not, as some would have it, the school for the teacher. Another matter, in which the example of the teacher must have a great effect, is that of punctuality. Tardiness on the part of pupils is admitted to be a great evil, wherever it exists. But with what consistency can a teacher rebuke her pupils for coming late, if she herself is habitually, or even occasionally, late in her classroom. Punctuality must also extend to the various duties of the day, doing everything at its proper time, and rendering prompt obedience to the various signals. Teachers as well as pupils have to obey—whether it be the common rules of the manual, the special regulations of their respective schools, or their own program. It is an axiom that, “He is unfit to command, who has not learned to obey.”

I have stated that the first and best method to inculcate good manners is by example. I do not mean to say that it is unnecessary to teach also by precept. This, indeed, is very necessary, particularly now-a-days, that the manners of our youth are so neglected by many parents. Children need very positive instructions concerning their personal deportment, and these instructions will need to be more minute in the lower grades, and where there is reason to believe they have been neglected at home. These instructions must apply not only to their demeanor in school, but also in the various circumstances in which they may be placed on the street, at table, in company, during play, in public places, and in conversation.

It will be necessary to instruct children upon the modesty which ought to appear on all occasions in their outward deportment—on the proper manner of sitting, of standing and of walking— on the proper positions for the hands and feet— on the proper uses of their exterior senses, especially on the use of the eyes, and the necessity of keeping them within due bounds—on the manner of speaking and pronouncing, of yawning and of spitting—and also to point out the more common faults of children in these respects. Again, young people need to be taught the rules of propriety to be observed in the various ordinary actions that go to make up the daily life of each individual. First, on the advantages of early rising, and the proper time for retiring to rest. All should be impressed with the importance of daily offering themselves to the Author of their being, and of imploring as their first act in the morning gives guidance during the day.

Dress is a matter which will next claim our attention. Here, all excess is to be avoided on the one hand and on the other, negligence and slovenliness. In this, as in other things, the golden mean is to be sought. Singularity of dress is to be shunned : oddity in this respect is generally a proof, or of least a strong indication, that the mind is more or less deranged. Children should not be allowed to frequent school with torn garments. Generally, a private admonition will obtain the mending required. It is important that admonitions of this kind be given privately: for it is not just that children should be publicly rebuked for the neglect of their parents. Love of dress is generally considered as a weakness of the female sex, and girls need, therefore, to be guarded against vanity, and an overwhelming love of display in this respect. St. Paul, in his first Epistle to Timothy, advises women to be clad only in decent apparel, by adorning themselves with modesty and sobriety, and not with plaited hair, or gold, or pearls, or costly array.

In regard to eating and drinking, young persons should be taught to observe temperance and regularity, and also the rule of etiquette and decorum while at table. A person of good breeding will show it here more than anywhere else. Recreation being a necessity of our nature, for the refreshment of both mind and body, a portion of the day may very properly be set apart for innocent amusement. The more advanced girls in our schools need to be specially admonished as to their deportment on the street. They should know that many things which might be excused in the other sex, would be very reprehensible in them. Teachers should impress upon their pupils the importance of going directly home when dismissed from school. The practice of retaining pupils, especially girls, after the usual school-hours, is liable to many objections, and should, I think, be discouraged.

A word now about conversation, and I have done. In this matter it is not easy to assign rules : for it is very difficult for anyone, whether old or young, to avoid faults in speaking. We are told in Scripture that “if a man offend not with the tongue, the same is a perfect man.” It is impossible to talk very much without saying many things that had better remain unspoken. Conversation ought always to be marked by prudence and modesty : and above all, by candor and sincerity. I have thus far endeavored to give a brief sketch of some of the many things which may very properly be told for the benefit of those who look to us for instruction and advice. We must remember that many of those we instruct will receive little or no other information of this kind besides that given in the school-room.

In some instances the parents stand in need of instruction full as much, and perhaps more, than their children ; and when given in a proper spirit, and so as to interest the little ones, they will carry home the lesson received, and thus become little missionaries of truth and good in their houses and families. The teacher's lesson will live and not be lost. It will be remembered with gratitude in after years. Our reward will be in the consciousness that we are thus fulfilling our high mission, which is to improve—to elevate—to refine. —A. E. Mc Glynn, in California Teacher, in the California Farmer and Journal of Useful Sciences, 1865

Posted by Etiquipedia at 8:02 PM