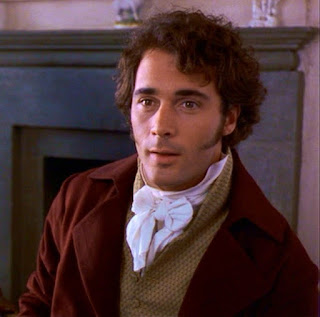 It’s such a shame that cads often arrive in nice packaging. –
“Is their chivalry toward woman a loose garment for occasional wear?”

Three cases of social decorum have recently been recorded in the news columns, which, because of their similar nature and their similarity in offensiveness, merit attention together:

In each of these breaches of decorum the offender, it will be observed, was a man of social standing. What is the explanation of the laxity of morals shown? Is the summer time at the seashore a period of license, or does it happen that some of our "gentlemen" are so only in the outward veneer of good manners? Is their chivalry toward woman a loose garment for occasional wear? These three offenses of almost simultaneous occurrence are very painful to record.—New York Evening World, 1903

Etiquette Enthusiast, Maura J Graber, is the Site Editor for the Etiquipedia© Etiquette Encyclopedia
Posted by Etiquipedia at 3:40 AM

Email ThisBlogThis!Share to TwitterShare to FacebookShare to Pinterest
Labels: Breach of Etiquette, Breaches of Decorum, Chivalry and Etiquette, Etiquette and Chivalry, Etiquette of the Sexes, Etiquipedia© Etiquette Encyclopedia, Gentlemen and Etiquette, Ungentlemanly Behavior