Most dinner guests had once served in the Royal Navy and were now involved in the Maritime Volunteer Service, of which my father is now proudly a member. I was sat beside an elderly gentleman who had fought in World War Two and had some extremely interesting stories to tell.
In addition the war veteran to my left I had the good fortune of sitting opposite the Fleet Chief, an entertaining gentleman who is determined to preserve the traditions and etiquette rules of the Royal Navy. He took charge of ensuring we were behaving appropriately at dinner which funnily enough involved telling my father off for stealing his napkin.

Passing the Port: The port began its rounds at relatively the same time as the biscuits and cheese were served and I proceeded to learn some fascinating facts regarding the etiquette of port and where the customs originated from.  The port must always remain touching the table. When passing the port around the table one must slide it along and not lift it from the surface. When pouring the port one must ensure that at least one part of the decanter remains on the table. I accomplished this by keeping a corner of the base on the table and tilting it as far over as possible. The Fleet Chief showed me how it can be done by tilting it off the very edge of the table and holding the glass beneath it. This technique would surely be useful the further along the table it went.  The reason for this may just be a practical one as by keeping the port resting against the table it ensures balance and stability, decreasing the likelihood of any spills.  I am of the understanding however that whether or not the port touches or does not touch the table varies and it depends on the rules of that particular mess. We can therefore perhaps give one the benefit of the doubt if they do not follow the same rules as their fellow diners.


The Loyal Toast: The Loyal Toast, which is the toast given to the reigning monarch, is actually given sitting down in the Royal Navy. The gentleman I mention above told us all to sit down as we had proceeded to incorrectly stand up for the toast.  The reason for this is attributed to King William IV who having served in Navy himself understood the discomfort and impracticality of suddenly standing up while at sea. He therefore permitted the serving seamen to remain sitting during the Loyal Toast.  Although we were not actually at sea during dinner the very fact that we were celebrating Admiral Lord Nelson’s victory at the Battle of Trafalgar meant that we were to show respect to Navy tradition.  It is also important to note that the port is consumed following the Loyal Toast and should not be touched beforehand.

One of the other interesting things the Fleet Chief told me about port was that upon bringing Nelson’s body home from battle they preserved it by pickling it in port. I’ve since looked into this online but all references found regarding pickling Nelson’s body is said to have been done by either rum or brandy; I cannot therefore verify this piece of information as fact.


Biscuits: I also learnt that one should tap biscuits three times before eating them. And the reason for this? To get rid of any weevils!  I must say I’m glad we don’t have to worry about that anymore. After dinner there were several ways in which money was raised for the Maritime Volunteer Service as it is a charity after all. One of the ways they raised money was by charging £2 from the men who did not tie their own bowties! My father happened to be one of them! His excuse is that he didn’t have time so he got himself a clip on! Hmmmm, I think some lessons are in order!  They then had a raffle and I managed to pull my father’s ticket from the bucket! There were many suspicious glances passed my way but I assure you I do not have X-Ray vision.

To finish off the evening of great enjoyment and education we sang sea shanties and naval songs, just to get that rowdy feel of sailors at sea.  I must say I thoroughly enjoyed myself.
Originally posted on "Shipshape Etiquette" October 30, 2013 by Rachel North

More on the Etiquette of Serving Port


"Where port is served, the bottle on its coaster stands before the host, the tablecloth having been removed before the ritual begins. He pours for whoever is on his right -- to save this person, seated in the honourable place, from having to wait until last to be served. Then the bottle is slid reverently along the polished wooden table top (originally so that the dregs might be disturbed as little as possible, though all good ports should be decanted before they are drunk); or it is rolled along in a wheeled silver chariot; or it is handled with special ceremonial gestures from male to male, as drinking cups were handled at ancient Greek symposia. But port is passed clockwise (to the left), not as drinks circulated in ancient Greece, to the right. "Beg your pardon, sir," says Jingle in "The Pickwick Papers", after the waiter has left the men to themselves, "bottles stands-- pass it round-- way of the sun-- through the button-hole [both these expressions are ways of saying "to the left": men's buttonholes are traditionally placed on the left]-- no heeltaps [meaning "leave no wine at the bottom of the glass"]." At the British Factory House dinners in Oporto, the men move into a second dining room in order to enjoy vintage port, for fear of any smell of food interfering with the drink's aroma."  from Margaret Visser, "The Rituals of Dinner"


One of Cook’s most important discoveries during his voyages was actually about food. Cook realized that there were certain foods that, if eaten, prevented the disease called scurvy.  Scurvy, we know today, is caused by a lack of vitamin C in the diet. Scurvy was common among sailors, because most vitamin C comes from fruits and vegetables.  Fruits and vegetables were very difficult to keep fresh during long sea voyages in the days before refrigeration. So, sailors before Cook’s time ate a diet that was mostly dried, hard bread known as hard tack, and dried, salted meat.

Cook took two major steps to change the diet of his crew. First, every time the ships stopped anywhere that grew fresh fruit and vegetables, he bought some to feed to the crew. However, because there were sometimes weeks between stops, and fruit and vegetables would rot in that time, he had to have another plan. He knew that sauerkraut, which is pickled cabbage, had been shown to prevent scurvy. Sauerkraut, because it is pickled, can be kept in jars, and will not go bad. Cook brought a lot of sauerkraut on his voyage – but the crew didn’t want to eat it at first.

Captain Cook played a very interesting trick on his crew. When he realized that the men were refusing to eat the sauerkraut, he took it away from them. He said only the officers could eat it, and only put it out on the officers’ tables. Telling the crew they couldn’t have it, made them want it more – so they started eating it.

Cook’s crew was out to sea for a longer period of time than any sailors before them. And yet, not one of Cook’s sailors died of scurvy. This means that Cook proved that certain foods could prevent scurvy, and smart sea captains after him followed his example and took sauerkraut, fruit, and vegetables on their voyages.

From BBC's History of the British Empire 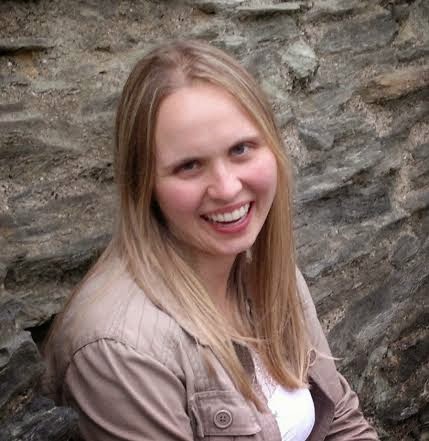 Article Contributed by Rachel North ~ Rachel North is an etiquette and afternoon tea enthusiast with a love for anything ancient and historical. You can visit her blog here: http://shipshapeetiquette.co.uk/

Posted by Etiquipedia at 1:28 AM