An Etiquette Argument for Bowing 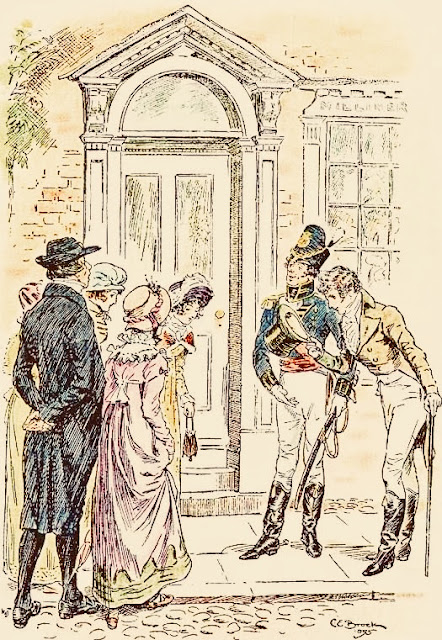 Reminded of the well-defined etiquette bearing on the subject, women are likely to add: “ I know that very well; but no woman wants to take the initiative. Men should do that; it’s their business; it doesn't belong to us. No one expects us to make ourselves so bold...”

Who Should Bow First ? —Who has not heard ladies express mild surprise because some man who had been presented to them had not bowed to them on the street, at the theater, or in the drawing room? If you ask them, “Did you recognize him?” they will be apt to reply, “ Oh, no; of course not. He should have spoken first.” Being reminded of the well-defined etiquette bearing on the subject, they are likely to add: “ I know that very well; but no woman wants to take the initiative. Men should do that; it’s their business; it doesn't belong to us. No one expects us to make ourselves so bold.” The truth is, the majority of women are naturally accustomed to men paying court to them; to his making the first advance in everything; that they can’t find it in their sexual sensitiveness, in their conventional selves, to obey a mandate they originally issued, and still insist on perpetuating.

Not one woman in ten thousand has any fault to find with the rule; in fact, we have never known a woman to object to it. Nevertheless, she seldom follows it in her own case. Sometimes a woman says, as a sort of self justification, “Supposing I should speak to a man, on meeting him after an introduction, and he should not remember me. How awkward I should appear; how overwhelmed I should be with shame to observe that he did not recognize me. I can’t afford to place myself in a position to seem to be cut by any man.” If any number of women feel thus, the point of etiquette should be changed in order to save their sensibilities. In truth, however, the objection is not well made.

There is not the smallest danger that any man, presuming him, of necessity, to be a gentleman, at least in respect to his observing the ordinary forms of courtesy, would refuse or hesitate to return the acknowledgement of a woman, even though he might not have the remotest recollection of ever having seen her before, or though he were convinced she had confounded him with somebody else. And the fact that he had been recognized by a woman would be the strongest presumptive evidence that he had been presented to her. Men are not likely either to forget their feminine acquaintances, or to mistake Mrs. Thompson for Mrs. Robinson, or Misa Blank for Miss Dash. – Sonoma Democrat, 1876

Etiquette Enthusiast, Maura J Graber, is the Site Editor for the Etiquipedia© Etiquette Encyclopedia
Posted by Etiquipedia at 1:28 AM