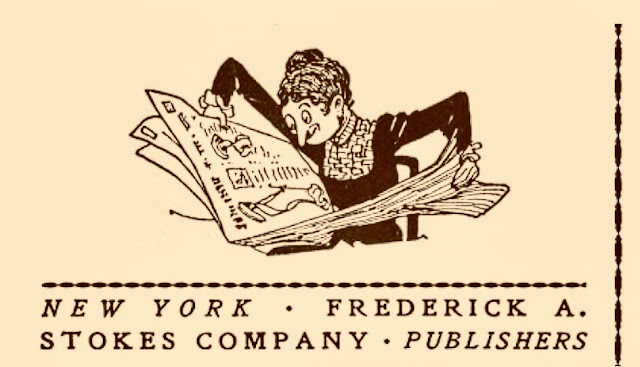 “The Art Kissing is the art of extracting honey from tulips, and protecting the same against frost by careful massage and frequent watering. Not more — nor less — than two individuals are necessary. Kissing is practised in all parts of the world, but flourishes best on verandas, unlighted halls, back stairs, buggies, arbors, canoes, hay-racks, cradles, and go-carts.”


A New Book for the General Reader

“Eediotic Etiquette,” by Gideon Wurdz (Charles Wayland Towne), author of “The Foolish Dictionary,” is conceived in the same gleeful spirit as the author's previous successful work. It gives complete rules of deportment for afternoon teas, proposals, bargain counters, motoring, home shows, kissing and all the familiar contingencies of modern social life. A complete book of etiquette, in burlesque. A bright satire on the over-serious books on the same subject. While written only to amuse, much good, common horse-sense is included in this fun-making at the expense of social social customs and conventionalities. The author has a singularly delightful faculty of making everyone laugh with him, not so much at as over their own foolishnesses; and having extracted humor from the dictionary, he now finds a fruitful field for his good-natured raillery in the follies of society. Eediotic Etiquette, by Gideon Wurdz, New York, Frederick A. Stokes company, Los Angeles, Stoll and Thayer. – Los Angeles Herald, 1906

A Sampling of “Eediotic Etiquette” 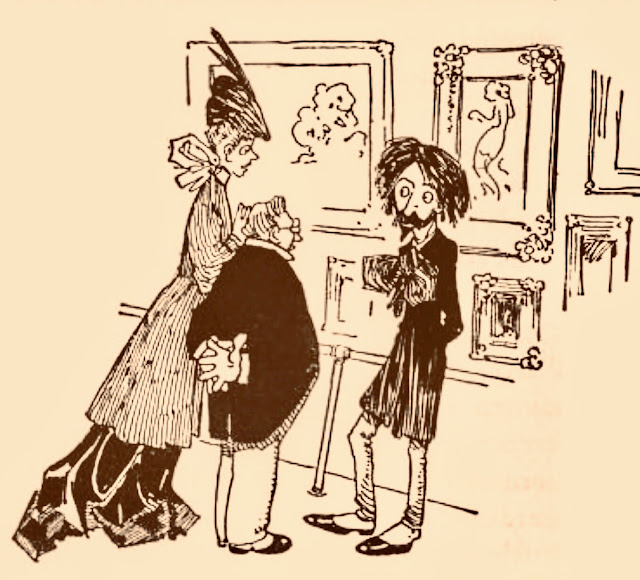 “Society, stricken with lorgnettes and an appetite for tea, usuallydrops in about four P.M. for a session of hard looks and soft drinks.”

The modern Art Exhibit is a conspiracy organized and perpetrated by a long-haired Dauber with a Latin Quarter accent and a Connoisseur with a taste in gold frames.

An Art Exhibit, like the Circus, is entirely Circus surroundedby canvas, and the most impossible performances are carefully skyed.Spectators, at either kind of show, may eat, drink, and make merryduring the entire program.

At an Art Exhibit, the puzzles are attractively posted all over thewalls, and the answers thereto plainly printed in a fat catalogue — tobe had of the doorkeeper for a small fee.

Those unfortunates condemned to be hung are closely guarded by aplatoon of incandescents and several double-barrelled skylights.

Society, stricken with lorgnettes and an appetite for tea, usuallydrops in about four P.M. for a session of hard looks and soft drinks.

In the foreground stands the party with the Artist’s flowing coiffure and the necktie at large. This is an Artist.

It is proper to accost him with a polite inquiry appertaining to hisprofession, such as "What medium do you use, Mr. Kromo?"
You are always safe in assuming that an artist uses some sort ofmedium, as he is generally in a trance.

Etiquette Enthusiast, Maura J Graber, is the Site Editor for the Etiquipedia© Etiquette Encyclopedia
Posted by Etiquipedia at 11:43 PM