Elements of a Winning Personality 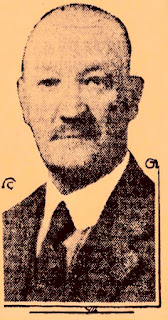 “Tact in dealing with persons and situations and open mindedness are other cardinal virtues to insure an agreeable personality.”  — Professor I. S. Westerberg was in demand throughout the county as a speaker on problems of educational interest, and was the President of the Education Professors of the Colleges and Universities of Southern California.

“Sarcasm may win us laughter, but not friends,” he stated. “Tact in dealing with persons and situations and open mindedness are other cardinal virtues to insure an agreeable personality.” Another important element is a sense of proportion, including a sense of humor, accessibility though not “gushiness,” confidence and self-reliance, attractiveness of manners, freedom from idiosyncrasies, which interfere with effectiveness, idealisms and ‘genuiness,’ “that translucency of character that attracts people and makes them trust implicitly.” The necessity of vitality was emphasized, Professor Westerberg quoting the late Charles Frohman who said that an artist’s life depended on vitality. Vitality means supreme ability and vibrant energy, although not necessarily beauty. — San Bernardino Sun, 1932

Etiquette Enthusiasts, Maura J Graber, is the Site Editor for the Etiquipedia©️ Etiquette Encyclopedia
Posted by Etiquipedia at 2:57 AM

Email ThisBlogThis!Share to TwitterShare to FacebookShare to Pinterest
Labels: Being Agreeable with Others, Character and Etiquette, Elements of a Winning Personality, Etiquette and Tact, Etiquipedia© Etiquette Encyclopedia, Manners and Tact, Personal Development, Sarcasm and Manners