The Baccarat cale-assiette shown above, and others like it, were produced and used at French tables not so long ago, but have become all but forgotten. Unsure regarding the etiquette of cale-assiette, as Site Editor for Etiquipedia, I decided to ask the debonair, Guillaume Rué de Bernadac, of Academie de Bernadac about them.

Guillaume is one of the most sought after etiquette instructors in the world — Etiquette runs in his blood. His great-grandfather tutored Moroccan royalty. Cale-Assiette are so archaic, even Guillaume, who learned etiquette at a very early age, admitted he had to ask family members for more details on them. He has not seen them used in many years.

I have a lovely box of Baccarat cale-assiette, but I have never found information on exactly how they were used, so I had several etiquette questions for Guillaume: 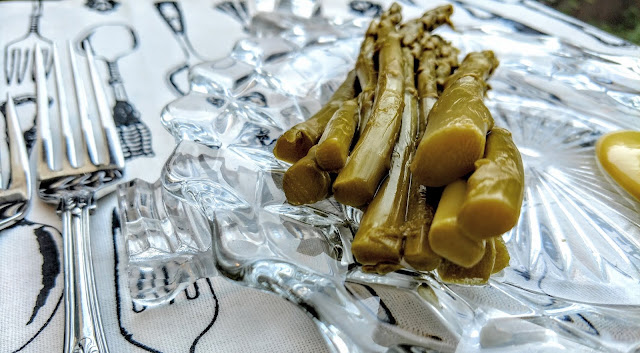 Baccarat cale-assiette tilting a plate of asparagus with  sauce —According to Guillaume, cale-assiette, can mean two different things. “What we nowadays call “cale-assiette” in French can designate either something to tilt the plate or something to sort plates out on the table.” Adding that they were, “very trendy during the second part of the 19th century and early 20th. There are some at my grand-mother’s and it’s not uncommon to see a few of them at some flea markets in France.”
And the etiquette for their use? “They were indeed specifically for artichokes and asparagus, and any other type of dishes which were supposed to be served with a sauce and dipped in with the fingers. For private use mostly, in the bourgeoise familles, the staff would place one on the table first and then the plate on top of it. The guest could potentially place the plate higher on the ’steps’ at the end of the meal to have more sauce collected. It was removed once the dish was finished.”

Cale-Assiette do work well when eating soup, provided one is eating soup from the olde-fashioned, low and wide, soup “plates” as opposed to soup bowls, as cale-assiette will easily tip a deeper soup bowls over if moved too far under one side of the bowl. 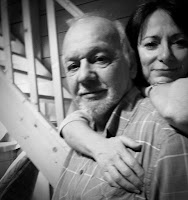 The Verrelène company was created in 2011. The blog provides all of our research on antiques and flea markets, in the form of small notices sometimes also published in the regional press (Vosges Matin, l'Echo des Vosges and Vosges Info). The illustrations used generally come from our personal documentation and our photos. When we use illustrations and / or extracts from articles, we generally put references. If we forgot to quote this or that person or reference, please be so kind as to let us know so that we can correct our mistakes and give back to Caesar what belongs to him.


Etiquette Enthusiast, Maura J Graber, is the Site Editor for the Etiquipedia© Etiquette Encyclopedia
Posted by Etiquipedia at 11:30 PM