Etiquette 101 for the Fashionable Modern Man


By 1965, Bob Dylan had already taken notice of how the times were “a-changin.” Those times were not as technologically advanced as they are today, but culture and society were moving at warp speed, nonetheless.

With that being said, the sense of etiquette has rightfully gone through evolution and progress as time passed. The rules of decorum nowadays would definitely differ greatly compared to Dylan’s time, from social norms to fashion sense. In this article, we will be focusing more on etiquette for men, and what is expected for the male species in terms of how to act and dress appropriately in order to gain a high level of respect from their peers. 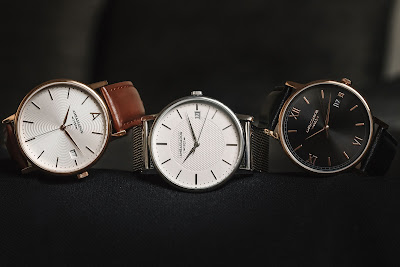 Time for a Brief History of Etiquette

One may think that the concept of etiquette has been in existence since the dawn of modern society, when people began their efforts to harmoniously co-exist with one another. However, as it turns out, the history of etiquette is traced back to what could be considered to be trivial matters of everyday life.

According to historical accounts, it all began in the 16th century in Versailles, France when the gardener of King Louis XIV noticed that some noblemen walked through the gardens and ended up crushing their planted flowers. Out of frustration, gardener of King Louis decided to put up his own “Keep of the Grass” sign, which was called “etiquets.”Apparently, the sign did not have much of an effect, as people continued to trample on the flowers, crushing every single one of them to death. This had urged the king himself to take action and he essentially forbade anyone to step beyond the boundaries that were set by his gardener.

Eventually, the concept of etiquette transcended beyond King Louis XIV’s garden and was applied across the board. Nowadays, the term “etiquette” is used to denote expected manners and how to act accordingly in public. 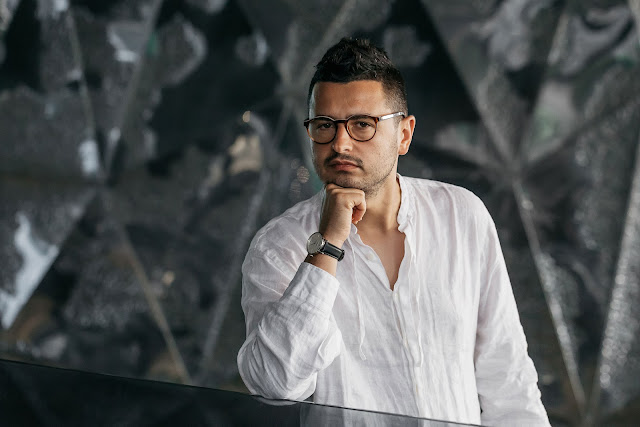 A Look at the Modern Concept of Gent’s Etiquette

What was known as the modern society in the 1950’s is vastly different from the same concept when applied in 2018. In the past few years alone, the vehement and almost rabid calls for gender equality have been the forefront in many of the “causes” that people have engaged in.

Take the concept of holding the door open for a woman as an example. Back in the day, it was considered to be one of the ultimate “​gentlemanly moves​” that is widely practiced. In today’s society, however, it can be deemed as a form of sexism, which can turn into an instant matter of dispute. The same goes for pulling a woman’s chair out for her at the dining table. Once appreciated by those who lived by the belief that “chivalry is not dead,” it is now a practice that has become almost passé.

Nowadays, gentlemanly etiquette is more about acting with the utmost respect towards another person, rather than following “the norm.” So in terms of applying both concepts in today’s society, it would be safest to be that which defines a “gentleman,” to every individual you encounter, may it be a man, woman, young or old.

It could be quite a challenge to live within the bounds of the rules of current society, but the 2018 gentleman should basically act with utmost respect and consideration toward all his fellow humans. This is the overall encompassing concept that should be followed in order to propagate a more harmonious relationship with other people. 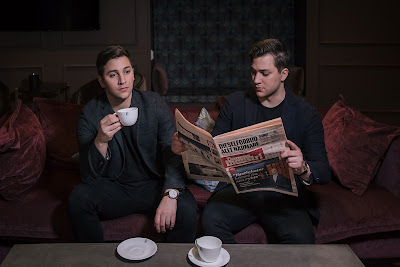 Now let’s talk about something that most people would be able to relate with: fashion. No matter how much effort you choose to put in with what you wear, it is ultimately important to put a premium on how a man carries himself. A man's appearance will create a strong (or weak) first impression of himself to others and it will determine if he will be a person that will command respect or otherwise.

There are basics to a man’s fashion etiquette, with the most apparent one being the ability to clearly distinguish his clothing choices for each occasion. Each and every man should know the difference between semi-formal and business attire, to business casual clothing. The same thing applies to creative black tie wardrobes and full-on black tie suits. 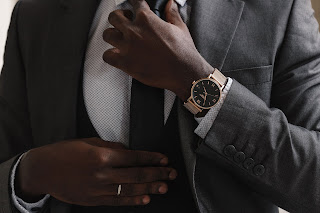 A vital part of a man’s wardrobe is the timepiece that is strapped to his wrist. With that being said, there are certain rules when it comes to wristwatch etiquette, and they are pretty simple guidelines to remember. 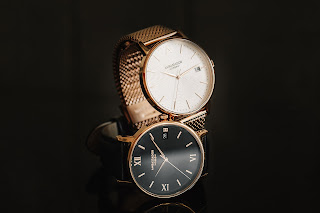 Thanks to Ambassador Watches for the great photos and the contribution to Etiquipedia
This modern-day brand has been one of the go-to products of watch aficionados for its style, durability, and affordability. Ambassador Watches offers a selection of​ ​elegant designs​ from its Heritage collection, where one can choose from either the Heritage 1863, the Heritage 1921, and the Heritage 1959. Each of these variations has interchangeable straps, allowing one to go from leather to mesh, depending on how one feels that particular day.
To ensure that your timepieces will last more than a lifetime and eventually become valuable heirlooms to the next generation, Ambassador Watches are made with 40mm polished silver and 316-L Stainless Steel casings. Built using traditional watchmaking methods wherein real steel molds are used, its crown, lugs, and case are also color-coated multiple times to prevent instant color loss and maintain its polished and glossy exterior. Ambassador Watches come with a full three-year warranty. All of these pluses should be more than enough to fulfill your watch needs. (To know more about Ambassador Watches and all of its products, check out its official website).

Etiquette Enthusiast, Maura J. Graber, is the Site Editor for the Etiquipedia© Etiquette Encyclopedia
Posted by Etiquipedia at 12:20 AM