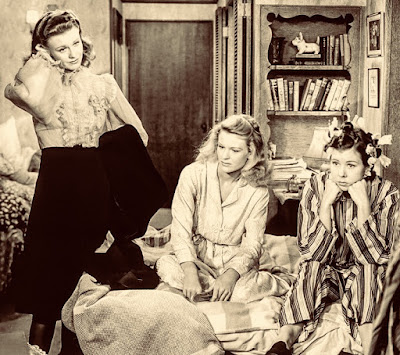 “No one should criticize young women whose circumstances force them to live alone for making a natural and pleasant background for themselves. It would be absurd to shut them up and forbid them the usual social intercourse.”

Madam– Two young business women, between twenty-two and twenty-five years old, who live together in an apartment, have been criticized by friends and contemporaries of their parents for receiving their men friends in this apartment and having men call there to take them out. Their callers never stay late and their conduct is at all times above reproach. Will you be good enough to tell me if this criticism is justified? Does not social convention today permit girls in business, who are forced to live alone, the independence of action which they would have if living with their parents? Death has deprived these girls of the natural protection of their parents and of means to invite an older woman to live with them. They have stood upon their own feet in the face of such devastating losses, and in such a wonderful way, that any criticism, which is unjust, seems cruel. Must girls who are forced to live alone, forego the natural social joys and contacts which they would have in their parent's home? – "H. R."

Modern convention is much more open-minded than the friends of the girl’s parents. No one should criticize young women whose circumstances force them to live alone for making a natural and pleasant background for themselves. It would be absurd to shut them up and forbid them the usual social intercourse. Of course, their men friends should be allowed to call on them at their apartment and take them out whenever the occasion suggests it. Nobody goes out of the way, nowadays, to suspect evil: that is entirely out of date, thank goodness. Girls in business, supporting themselves and living in the simple decorous manner outlined by you, should be helped in every way to make a happy surrounding. – By Anne Singleton, 1930

Etiquette Enthusiast, Maura J. Graber, is the Site Editor for the Etiquipedia© Etiquette Encyclopedia
Posted by Etiquipedia at 1:57 AM