When teaching etiquette to students, I always endeavour to introduce the old idea that etiquette is a kindness and respect that is valuable. It  also shows that respect knows no bounds. I like to give students a background of the European origins of etiquette. However, I do get asked about Australian Etiquette. Is there such a thing? Yes, there is!

Etiquette has changed in Australia over the years. It was introduced when English gentry settled here in the country’s colonial infancy. Essentially, etiquette, like new laws, relationships, and services that underwrote the changes to its environment, economy and society, was re-written from the birth of Australia.

After teaching a student etiquette in the Melbourne CBD, I decided to take a walk to the State Library of Victoria, where I found an interesting read, A Guide to Australian Etiquette by Lillian M. Pyke (Lillian Maxwell), published in Melbourne at the turn of the century, and then re-published through to the war years. Her use of archaic English wording was replaced with modern English for the newer generations. Her book entailed subjects as how to perform introductions and topics of conversation to how to dress and manage matters of hygiene.

Polite society valued etiquette’s worth and adjusted its mindset toward that. Emphasis was put on social graces and dining behaviour. Being well-dressed was a must. The 1920’s based period drama series Miss Fisher Murder Mysteries and the 1950’s based Doctor Blake Mysteries, use forms of British etiquette in speech and comportment, which were still in use in Australia to a great extent.

Rules of basic etiquette are strongly adhered to in Australia. Winking at women is considered inappropriate. When yawning, one should cover the mouth and then excuse oneself. Most hand gestures are the same as in North America, but a few typical North American gestures may be considered offensive. For example, forming a V with the index and middle fingers, Palm facing in, is vulgar. North Americans often use the gesture to express the number two. Sniffing several times when one has a cold is impolite. A person should blow his or her nose in private.

Australia is a clean country and visitors are expected to maintain its standards. In fact, there is a stiff fine for littering. Australians are amiable and easygoing about most things in life; clubs and social groups are popular. Many people frequent local pubs after work and on weekends. Being prompt is important. When conversing, Australians often gesture with their hands to emphasize and clarify. Australians are outgoing and relax in public; they are quite comfortable with expressing their feelings openly.

—From CultureGrams the Nations Around Us: Volume II, Africa, Asia, and Oceania, 1993

In 1985, Ita Buttrose published “A Guide to Australian Etiquette“ detailing what she perceived to be correct comportment for modern Australia. Ms. Buttrose discusses diverse subjects such as de-escalating ‘trolley-rage’ at a store, or what to expect and experience in a mosque. In a nod to our outdoor lifestyle, she showed great concern about bare feet and having armpits on display.

During an ABC radio interview with Richard Aedy, Ms. Buttrose, herself described Australian society as having changed over time to become “an informal society,” However, the “fundamentals of how we treat each other, really, have never changed over the years.” Ms. Buttrose went onto say that manners “are a sign of a civilised society” that “make the world a much nicer place to be.” I agree with Ms. Buttrose wholeheartedly.

Etiquette almost became a lost art form after the 1960s. In the last few years, it has been making a comeback. New schools throughout Australia are being established to teach the finer subjects of etiquette, such as dining, afternoon tea and social etiquette in the form of workshops and courses. Parents are enrolling their children during school holidays in group classes to learn how to introduce themselves, use the correct cutlery, and how to navigate social media.

According to Seniors.com.au, “Manners and social practices help to shape a respectable society and are instilled in us from a very early age. Lack of standardised societal rules could mean a very different Australia... In today’s endlessly changing society the goal posts of ‘expected social behaviour’ also continue to change.”

Etiquette is a life-changing skill; a precious possession that lasts a life-time. Understanding and learning the complete skill set of manners needed for seamlessly blending into modern Australian life, can only help one succeed and flourish in this multi-cultural and multi-dimensional land. 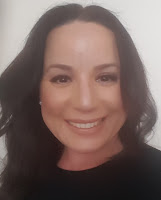 For many years, Etiquipedia contributor, Elizabeth Soos, has had a keen interest in cultural customs. With her European background and extensive travel, Soos developed an interest in the many forms of respect and cultural expectations in the countries she has visited. With her 20 years’ experience in customer service within private international companies based in Australia, and her lifetime interest in manners and research, she decided to branch out into the field of etiquette and deportment. Through her self-directed studies and by completing the Train-The-Trainer’s course offered by Emma Dupont’s School of Etiquette in London and by Guillaume Rue de Bernadac at Academie de Bernadac based in Paris and Shanghai, she founded Auersmont School of Etiquette.


Etiquette Enthusiast, Maura J Graber, is the Site Editor for the Etiquipedia© Etiquette Encyclopedia
Posted by Etiquipedia at 3:01 AM