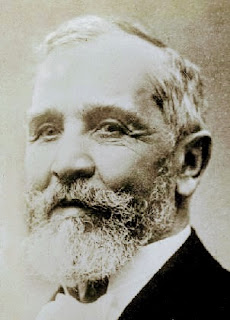 It is customary for world leaders to congratulate other world and domestic leaders, regardless of differences in policy or initial support, when an election has been won. It helps to foster healthy relationships between the two countries or states. Émile François Loubet was the 45th Prime Minister of France and later President of France


WASHINGTON, March 30.—Ambassador Cambon today delivered an autographed letter signed by President Loubet of France and directed to President MeKinley, informing the latter of M. Loubet's election to the Presidency of the French Republic. This is a graceful, personal compliment, from one President to another and permitted renewed assurances of goodwill between the two governments.- Los Angeles Herald,1899


Etiquette Enthusiast, Maura J. Graber, is the Site Editor for the Etiquipedia©️Etiquette Encyclopedia
Posted by Etiquipedia at 4:34 AM