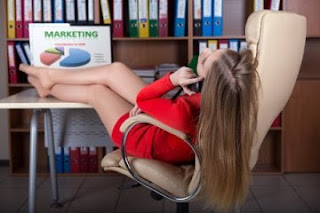 In its use today, ‘modesty’ can be an emotional word, ringing of judgment and disdain, particularly when referring to what a person does not possess. It’s a word people can and have taken sides over.

If you look up “modesty” in the dictionary, you’ll find three variations of its meaning:

In its use today, it can be an emotional word, ringing of judgment and disdain, particularly when referring to what a person does not possess. It’s a word people can and have taken sides over.

Searching “modesty” online, I found images and sayings galore. And immediately noticed the majority related to the female of the species: what she shows or doesn’t show, or an inner quality of her beauty. Or her behavior of restraint to avoid being seen as less than decent or moral.

It became apparent that, what I believed to be a timeless, all-encompassing word, is generally associated with the feminine. And just as much today as in more conservative times.

It also seems that when applied to men, it is sometimes viewed as weak and unmanly.

But I think of modesty as a power word. If a person of either gender is modest, unassuming or understated in the presentation of himself or herself, that person actually has more power in that his or her qualities lay waiting to be discovered.

Attire is what most people notice immediately when seeing someone. It is a primary element in a first impression.

When you show up to an event or occasion and are not dressed in the same level of formality that the event calls for, or you are dressed in a manner that draws undue attention to yourself, it is considered immodest.

It seems to matter more if you are a woman, the level of importance varying in different cultures. A woman who attends a business meeting dressed in a slinky cocktail-style dress is assumed to be of lesser character.

Judith Martin, alias “Miss Manners,” agrees that modern modesty is not an easy word to define. For instance, “immodesty is to wear a bathing suit on a nude beach, thus calling attention to one’s body.”

What’s worse for her “than immodesty of dress or undress, is the current immodest fashion of dressing up one’s experience so that one appears to be more than one really is.” She goes on to say that she does not favor the “shocking policy of face-value honesty, but merely calling attention to the pleasure of being discovered to be better than one has presented oneself to be.”

Modest behavior consists of calm courtesies. One introduces himself, participates in conversation, does not disturb, smiles and makes eye contact appropriately, and shows genuine care for himself and others.

It is the making of that person everyone refers to as “nice” before they learn she is a famous playwright, brilliant scientist, or successful businessperson.

Have more than you show, speak less than you know.
~ William Shakespeare

Etiquette occurs within context, situation and relationship. It matters where you are and why you’re there.

It defers to respect, courtesy, and kindness in every situation, context and relationship. It is gender-free and applies to everyone.

Actions of etiquette that breed modesty are:

To be modest, is to be etiquette-ful. The elements of both appear in every aspect of our lives, encouraging quiet authenticity, and an avoidance of chaos

Contributor, Candace Smith is a retired, national award-winning secondary school educator, Candace Smith teaches university students and professionals the soft skills of etiquette and protocol. She found these skills necessary in her own life after her husband received international recognition in 2002. Plunged into a new “normal” of travel and formal social gatherings with global leaders, she discovered how uncomfortable she was in many important social situations. After extensive training in etiquette and protocol, Candace realized a markedly increased confidence level in meeting and greeting and dining skills and was inspired to share these skills that will help others gain comfort and confidence in dining and networking situations. Learn more at http://www.candacesmithetiquette.com/

Etiquette Enthusiast, Maura J. Graber, is the Site Editor for the Etiquipedia© Etiquette Encyclopedia
Posted by Etiquipedia at 1:29 AM