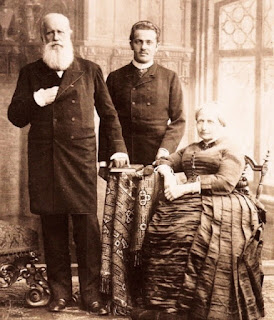 A confused Senator unwittingly holds the Emporer of Brazil and other White House guests until 3:00 a.m. – Above, the 19th century Imperial family of Brazil, Dom Pedro II his wife and grandson.


When Dom Pedro, then Emperor of Brazil, was entertained at the White House, he had been told by a confused Senator that it would be expected that he, the Emperor, should be the last of the guests to depart.

The President’s wife, however, informed her other guests that they would be expected to follow, not precede, the royal party in leaving the house. The result was that no one dared to go for fear of a breach of etiquette. But at 3 o'clock in the morning, a tired woman pretended illness, and the deadlock was broken.

Etiquette Enthusiast, Maura J. Graber, is the Site Editor for the Etiquipedia© Etiquette Encyclopedia
Posted by Etiquipedia at 12:45 AM