"Compiled from the Latest Reliable Authorities" in 1881 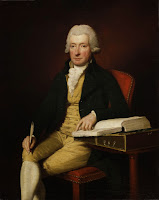 "Ingenious Art with her expressive face,
Steps forth to fashion and refine the race."— William Cowper

KNOWLEDGE of etiquette has been defined to be a knowledge of the rules of society at its best. These rules have been the outgrowth of centuries of civilization, had their foundation in friendship and love of man for his fellow man—the vital principles of Christianity—and are most powerful agents for promoting peace, harmony and good will among all people who are enjoying the blessings of more advanced civilized government. In all civilized countries the influence of the best society is of great importance to the welfare and prosperity of the nation, but in no country is the good influence of the most refined society more powerfully felt than in our own, "the land of the future, where mankind may plant, essay, and resolve all social problems." These rules make social intercourse more agreeable, and facilitate hospitalities, when all members of society hold them as binding rules and faithfully regard their observance. They are to society what our laws are to the people as a political body, and to disregard them will give rise to constant misunderstandings, engender ill-will, and beget bad morals and bad manners.

Says an eminent English writer: "On manners, was refinement, rules of good breeding, and even the forms of etiquette, we are forever talking, judging our neighbors severely by the breach of traditionary and unwritten laws, and choosing our society and even our friends by the touchstone of courtesy." The Marchioness de Lambert expressed opinions which will be endorsed by the best bred people everywhere when she wrote to her son: "Nothing is more shameful than a voluntary rudeness. Men have found it necessary as well as agreeable to unite for the common good; they have made laws to restrain the wicked; they have agreed among themselves as to the duties of society, and have annexed an honorable character to the practice of those duties. He is the honest man who observes them with the most exactness, and the instances of them multiply in proportion to the degree of nicety of a person's honor." 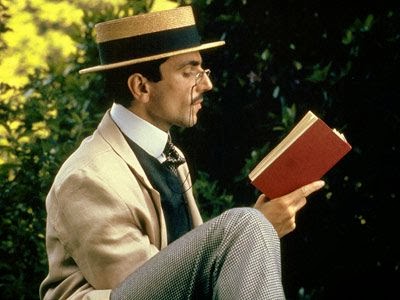 Good manners are only acquired by education and observation, followed up by habitual practice at home and in society, and good manners reveal to us the lady and the gentleman.

Originally a gentleman was defined to be one who, without any title of nobility, wore a coat of arms. And the descendants of many of the early colonists preserve with much pride and care the old armorial bearings which their ancestors brought with them from their homes in the mother country. Although despising titles and ignoring the rights of kings, they still clung to the "grand old name of gentleman." But race is no longer the only requisite for a gentleman, nor will race united with learning and wealth make a man a gentleman, unless there are present the kind and gentle qualities of the heart, which find expression in the principles of the Golden Rule. Nor will race, education and wealth combined make a woman a true lady if she shows a want of refinement and consideration of the feelings of others.

Good manners are only acquired by education and observation, followed up by habitual practice at home and in society, and good manners reveal to us the lady and the gentleman. He who does not possess them, though he bear the highest title of nobility, cannot expect to be called a gentleman; nor can a woman, without good manners, aspire to be considered a lady by ladies. Manners and morals are indissolubly allied, and no society can be good where they are bad. It is the duty of American women to exercise their influence to form so high a standard of morals and manners that the tendency of society will be continually upwards, seeking to make it the best society of any nation.

As culture is the first requirement of good society, so self-improvement should be the aim of each and all of its members. Manners will improve with the cultivation of the mind, until the pleasure and harmony of social intercourse are no longer marred by the introduction of discordant elements, and they only will be excluded from the best society whose lack of education and whose rude manners will totally unfit them for its enjoyments and appreciation. Good manners are even more essential to harmony in society than a good education, and may be considered as valuable an acquisition as knowledge in any form.

The principles of the Golden Rule, "whatsoever ye would that men should do to you, do ye even so to them," is the basis of all true politeness—principles which teach us to forget ourselves, to be kind to our neighbors, and to be civil even to our enemies. The appearance of so being and doing is what society demands as good manners, and the man or woman trained to this mode of life is regarded as well-bred. The people, thus trained, are easy to get along with, for they are as quick to make an apology when they have been at fault, as they are to accept one when it is made. "The noble-hearted only understand the noble-hearted."

In a society where the majority are rude from the thoughtfulness of ignorance, or remiss from the insolence of bad breeding, the iron rule, "Do unto others, as they do unto you," is more often put into practice than the golden one. The savages know nothing of the virtues of forgiveness, and regard those who are not revengeful as wanting in spirit; so the ill-bred do not understand undeserved civilities extended to promote the general interests of society, and to carry out the injunction of the Scriptures to strive after the things that make for peace.

Society is divided into sets, according to their breeding. One set may be said to have no breeding at all, another to have a little, another more, and another enough; and between the first and last of these, there are more shades than in the rainbow. Good manners are the same in essence everywhere—at courts, in fashionable society, in literary circles, in domestic life—they never change, but social observances, customs and points of etiquette, vary with the age and with the people.

A French writer has said: "To be truly polite, it is necessary to be, at the same time, good, just, and generous. True politeness is the outward visible sign of those inward spiritual graces called modesty, unselfishness and generosity. The manners of a gentleman are the index of his soul. His speech is innocent, because his life is pure; his thoughts are right, because his actions are upright; his bearing is gentle, because his feelings, his impulses, and his training are gentle also. A gentleman is entirely free from every kind of pretence. He avoids homage, instead of exacting it. Mere ceremonies have no attraction for him. He seeks not to say any civil things, but to do them. His hospitality, though hearty and sincere, will be strictly regulated by his means. His friends will be chosen for their good qualities and good manners; his servants for their truthfulness and honesty; his occupations for their usefulness, their gracefulness or their elevating tendencies, whether moral, mental or political."

In the same general tone does Ruskin describe a gentleman, when he says: "A gentleman's first characteristic is that fineness of structure in the body which renders it capable of the most delicate sensation, and of that structure in the mind which renders it capable of the most delicate sympathies—one may say, simply, 'fineness of nature.' This is, of course, compatible with the heroic bodily strength and mental firmness; in fact, heroic strength is not conceivable without such delicacy. Elephantine strength may drive its way through a forest and feel no touch of the boughs, but the white skin of Homer's Atrides would have felt a bent rose-leaf, yet subdue its feelings in the glow of battle and behave itself like iron. I do not mean to call an elephant a vulgar animal; but if you think about him carefully, you will find that his non-vulgarity consists in such gentleness as is possible to elephantine nature—not in his insensitive hide nor in his clumsy foot, but in the way he will lift his foot if a child lies in his way, and in his sensitive trunk and still more sensitive mind and capability of pique on points of honor. Hence it will follow that one of the probable signs of high breeding in men generally, will be their kindness and mercifulness, these always indicating more or less firmness of make in the mind."

Can any one fancy what our society might be, if all its members were perfect gentlemen and true ladies, if all the inhabitants of the earth were kind-hearted; if, instead of contending with the faults of our fellows we were each to wage war against our own faults? Every one needs to guard constantly against the evil from within as well as from without, for as has been truly said, "a man's greatest foe dwells in his own heart."

A recent English writer says: "Etiquette may be defined as the minor morality of life. No observances, however minute, that tend to spare the feelings of others, can be classed under the head of trivialities; and politeness, which is but another name for general amiability, will oil the creaking wheels of life more effectually than any of those unguents supplied by mere wealth and station." While the social observances, customs and rules which have grown up are numerous, and some perhaps considered trivial, they are all grounded upon principles of kindness to one another, and spring from the impulses of a good heart and from friendly feelings. The truly polite man acts from the highest and noblest ideas of what is right. — Our Deportment, 1881

Etiquette Enthusiast, Maura J Graber, is the Site Editor for the Etiquipedia© Etiquette Encyclopedia
Posted by Etiquipedia at 12:02 AM