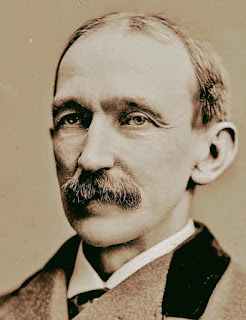 Isaac Wayne MacVeagh was an American politician and diplomat. He was the Ambassador to Italy from March 1894 to March 1897, when King Humberto I reigned. The best Ambassadors keep abreast of not only a country’s current events, but the preferences and pleasures of its Monarch, Prime Minister or President. Following news feeds would have given Ambassador MacVeagh the following news nugget – “King Humberto of Italy has so great an affection for custards, and very sweet ones at that, that he will get up in the night to partake of one. To vary the custard eaten by ordinary mortals, however, this Royal personage has his flavored with tea.”

Rome, March 11– The Honorable Wayne MacVeagh, Ambassador to Italy, was given a cordial welcome and an audience this afternoon by King Humberto. In conformity with Italian court etiquette, no speeches were delivered. Mr. MacVeagh and his party returned to the Grand Hotel in the state carriages. Every ceremony due the high rank of the American Ambassador was paid to him. – Los Angeles Herald, 1894

Etiquette Enthusiast, Maura J. Graber, is the Site Editor for the Etiquipedia© Etiquette Encyclopedia
Posted by Etiquipedia at 1:31 AM