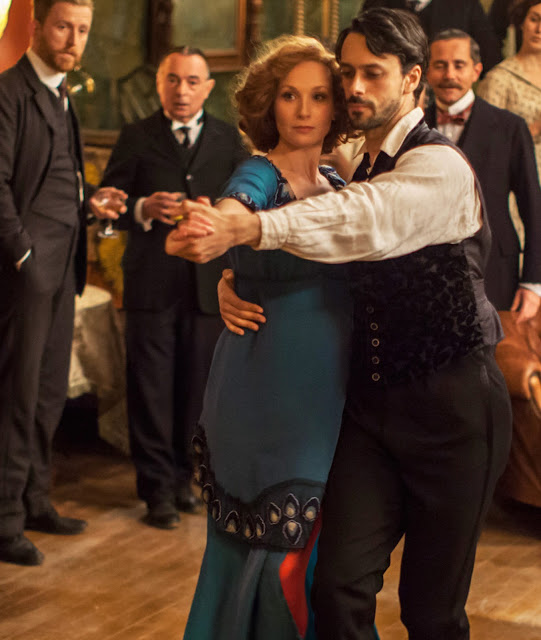 Society Takes Up Hypnotic Dancing
PARIS, Feb. 19. —Hypnotism applied to dancing is the latest Parisian fad. It was launched last night at a fashionable ball by Mrs. Caro Campbell and Senorlta Umbra Luigini, two of the most beautiful leaders of fashionable society this season. The intricacies of the tango and the complications of the fox trot will no longer be unapproachable by the uninitiated If the new "art” proves what its patronesses claim it to be. All that is needed, they say, is a few minutes of hypnotism practiced upon a willing devotee. — International News Service, 1920
Etiquette Enthusiast, Maura J. Graber, is the Site Editor for the Etiquipedia@ Etiquette Encyclopedia
Posted by Etiquipedia at 10:52 PM