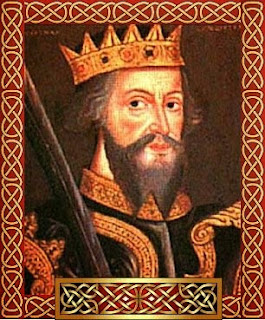 The Normans introduced chivalry to Britain – Savage in their warfare, William and the Normans were more civilised in their politics. Before 1066, the English political elite had routinely resorted to murdering their political rivals, as they would do again in the later Middle Ages. But for more than two centuries after the Conquest, chivalry prevailed, and political killing became taboo. “No man dared slay another, no matter what wrong he had done him”, said the Anglo-Saxon Chronicle in its summary of the plus points of William’s reign. Waltheof of Northumbria, beheaded in 1076, was the only Earl to be executed after the Norman takeover. The next execution of an Earl in England occurred in 1306, some 230 years later. – From Medieval Archives.com

Remarkable incidents in this most important occasion of a British ruler’s life. Striking features of ceremony from the earliest day to the last great Coronation event of the 19th Century
👑👑👑👑👑👑👑👑👑👑👑👑
The Coronation of England’s William the Conqueror

In the age of the Plantagenets, Tudors and under the Stuarts, until the Coronation of James II, it was customary for Kings to reside in the Tower of London for some time, previous to the Coronation. On the Saturday before the Coronation, the Sovereign went from Westminster to the Tower of London, attended by great numbers of the Nobility and civic dignitaries, and by those people who were to be Knighted, and who watched their arms that night. Each squire had a chamber allotted him, and a bath in which he bathed. The ensuing day after mass, the Sovereign created them Knights. After their investiture they were permitted to sit down in the King's presence, but during the whole time of dinner, they were rot allowed to partake of any part, of the entertainment. The Queens in their own right, Mary and Elizabeth, though they girded the swords on the Knights with their own-hands, did not give the accolade or blow, which is the determinate action that impresses the character of Knighthood. At both Coronations, Henry, Earl of Arundel, performed this office. A copy of his appointment is to be found in Rymer.

After William had taken the Coronation oath, to protect the church, prohibit oppression and execute judgment in mercy, Aldred put the question, “Will ye have this Prince to be your King?” The people answered with loud shouts, and the noise gave so much alarm to the Norman garrison in the city, that the soldiers, believing the English to have revolted, without waiting to make any investigation, immediately set the next houses on fire, which, spreading and giving a general alarm, most of the congregation rushed out of the church, the English hastening to stop the fire and the Normans to plunder. The bishops, clergy and monks, who remained within the church, were in such confusion that they were scarce able to go through the office of crowning the King. William himself, who saw the tumult, and could not conjecture its cause, sate trembling at the foot of the altar, and, though no great mischief was done by the fire, it laid the foundation of a long and inveterate enmity between the English and the Normans. –San Francisco Call, 1901

Posted by Etiquipedia at 7:59 PM