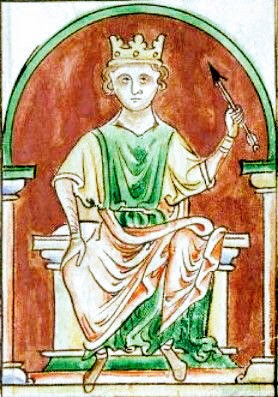 King William Rufus (William II) House of Normandy 1087 - 1100 – According to ‘Live as Free People.com,’ Rufus and his younger brother and successor, Henry I, were trained in the household of the Archbishop Lanfranc of Canterbury.Before the Norman conquest in England, between 10% and 30% of the population was held in slavery. Slaves were treated as human chattel. Slaves could be sold, beaten and branded. It was a sin for a master to kill a slave, but not considered a crime.
–Photo source Wayne Miles, Pictify

Remarkable incidents in this most important occasion of a British ruler’s life. Striking features of ceremony from the earliest day to the last great Coronation event of the 19th Century
👑👑👑👑👑👑👑👑👑👑👑👑


William II laid claim to the Crown by virtue of a form of election, the nobles believing that he would be less inclined to control their usurped privileges than William’s elder brother, Robert. He was Crowned at Westminster September 27, 1086. by Lafranc, Archbishop of Canterbury, and the Archbishop of York. Besides swearing to observe justice, equity and mercy in all his conduct, and to maintain the peace, liberties and privileges of the church, he promised that he would follow the Archbishop's counsels in his administrations. 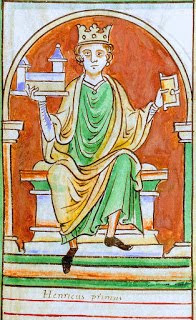 Both Henry and his brother, Rufus, were knighted by the Archbishop Lanfranc of Canterbury. , Henry in 1086, as an eighteen-year-old, Rufus at an unknown date, but probably at eighteen as well (by 1079). Here are seven knightly accomplishments that a young man had to do: Swimming, falconry, song-writing, chess (newly fashionable), riding, archery, and combat.

The Coronation of England’s of King Henry I
The Coronation of Henry I was performed in a hurried manner on the fourth day after the death of Rufus. In every respect the forms of his Coronation were the same as those of the Saxon Kings. 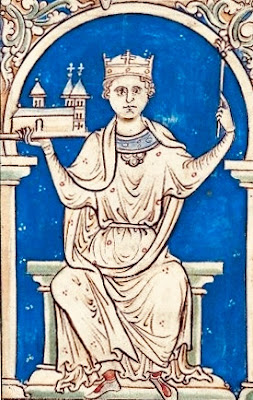 King Stephen was altogether a different character than was usual in his family . The very antithesis of his uncle, Henry I and his grandfather William the Conqueror. According to contemporary chroniclers, he was known to have had an attractive personality and was good natured and courteous, he was also lacking in resolution, weak-willed, did not enforce law and order and anarchy was the inevitable result. The lords recognised these weaknesses and exploited them to their own advantage. Robber barons became a law unto themselves and built unlicensed castles from which they terrorised the populace. – English Monarchs.com

The Coronation of England’s King Stephen

The coronation of Stephen, after he had sworn allegiance to the Empress Matilda, was viewed with much anxiety in an age when it was supposed that the punishment of perjury was immediate and visible. The ceremony was performed by William, Archbishop of Canterbury, and it is said that a dreadful storm arose which threw all the parties into such confusion, that the consecrated water fell on the ground, the Kiss of Peace after the sacrament was omitted, and even the final benediction forgotten. – San Francisco Call, 1901


Etiquette Enthusiast, Maura J. Graber, is the Site Editor for the Etiquipedia© Etiquette Encyclopedia
Posted by Etiquipedia at 9:56 PM