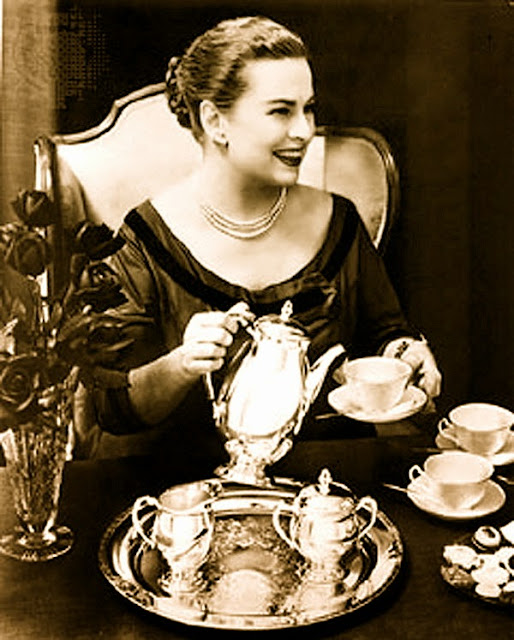 Amy Vanderbilt was born on July 22, 1908 in New York City, New York, a relation of Cornelius Vanderbilt, an American business magnate and philanthropist who built his wealth in railroads and shipping. She worked as a part-time reporter for the Staten Island Advance when she was 16 while attending Curtis High School. She furthered her studies and was educated in Switzerland and the Packer Collegiate Institute in Brooklyn, before attending New York University.


From 1929 to 1932 she was married to Robert Brinkerhoff. She worked in advertising and public relations, and published her famous book, Amy Vanderbilt's Complete Book of Etiquette, in 1952, after five years of research. She also wrote, among other books, 1961's Amy Vanderbilt's Complete Cook Book illustrated by Andy Warhol. This cookbook's illustrations are attributed to "Andrew Warhol", and predate Andy Warhol's first New York solo pop art exhibition. His illustrations are simple line drawings in pen and ink.


From 1954 - 1960 she hosted the television program It's in Good Taste and from 1960 - 1962 she hosted the radio program The Right Thing to Do. In 1968 she married Curtis Kellar, a lawyer for Mobil Oil. She also worked as a consultant for several agencies and organizations, including the Princess House Crystal Company and the U.S. Department of State.


On December 27, 1974, she died from multiple fractures of the skull after falling from a second-floor window in her townhouse at 438 East 87th Street in New York. It remains unclear whether her fall was accidental (most likely due to the medications she took for hypertension, which friends and relatives said caused her to have severe dizzy spells) or whether she committed suicide. She was buried at the Cemetery of the Evergreens in Brooklyn, New York.


Amy Vanderbilt's Obituary and the Mystery–

December 28, 1974, The Desert Sun– NEW YORK (UPI) - Amy Vanderbilt, columnist and etiquette expert whose book on manners became a standard for American behavior, died in a plunge from her second-story apartment Friday night. She was 66. Police at first said it appeared to be a suicide, but today said it had not been determined whether she jumped or fell.

An official ruling was withheld pending an inquiry and an autopsy. Police said no suicide note was found. Her husband, Curtis Kellar, was inside the apartment when the fatal plunge occurred. He said he walked into the front room, noticed his wife was not present and saw the open window, police said. Police said a passerby found the body of the author of "The New Complete Book of Etiquette" lying on the sidewalk in front of her apartment at 7:55 p.m. Reached later at home, Kellar said his wife had been ill for a long time with hypertension and had been taking various drugs. He said she complained of dizzy spells and may have fallen out of the window. A friend, who asked not to be identified, described Miss Vanderbilt, who she said she saw two days before Christmas, as being “a little harried preparing for Christmas, but in good spirits.”

Miss Vanderbilt was taken to Metropolitan Hospital and pronounced dead on arrival at 7:58 p.m., police said. Her “Complete Book of Etiquette” which was completed in 1952, made her a national authority on etiquette. The 700-page book was later revised as “The New Complete Book of Etiquette.” In 1954, Miss Vanderbilt joined the United Feature Syndicate, where she stayed until 1968 as a syndicated columnist. She wrote her column for the Los Angeles Times Syndicate since 1968 and wrote regular monthly columns for the Ladies' Home Journal and McCall’s.

In addition to her literary efforts, Miss Vanderbilt also appeared often on television and radio. From 1954 to 1960 she hosted “It’s in Good Taste,” a television program on etiquette, and from 1960-62 she had her own radio show, "The Right Thing To Do.” Miss Vanderbilt was married four times, the last to Kellar, an assistant general counsel for the Mobil Oil Corp., in 1968. She is survived by three sons, all from previous marriages. They are Lincoln Gill Clark, by her second husband, Morton G. Clark, and Paul Vanderbilt Knopf and Stephen John Knopf, by her third husband, Hans Knopf. Miss Vanderbilt’s body was taken to the Manhattan Medical Examiner’s office for an autopsy.

A memorial service will be held Tuesday at 3 p.m. at the Church of the Holy Trinity, and a family spokesman suggested that in lieu of flowers, donations may be made to the Eye Bank for Sight Restoration in New York.