When did we get a “Dinner Spoon” and what exactly is its purpose?

Warning: Most of this first paragraph is incorrect, but if you Google “Dinner Spoon” this is information you will be given! According to eHow.com, “While the modern teaspoon has taken the place of the dinner spoon in newer flatware sets, the dinner spoon remains a mainstay in classic sets of silver flatware. The larger dinner spoon, though becoming more obsolete in place settings, still has a spot at the table -- just to the right of the knife.”


And the article continues the misinformation with, “When a dinner spoon is not included in a place setting, a teaspoon stands in its place. Along with a knife and fork, a teaspoon is the third piece of flatware in a place setting and is often placed simply to finish the place setting, even if it has no use for a particular meal. Positioned to the right of a knife, the teaspoon can be used for eating cereal and soups, as well as stirring coffee and tea.”


When did we get a “Dinner Spoon” and what is its purpose? “Dinner Spoons” do not actually exist where etiquette is concerned.  Neither are the equally incorrectly dubbed, “Place Spoons.” During the 1980’s and 1990’s, a low point in terms of dining etiquette, but a high point for the proliferation of fast food restaurants and easily microwaveable meals, superfluous spoons began to show up on dining tables across America. Handy for shoveling food into one’s mouth while eyes were glued to a television or computer screen, the spoons, like so many plastic sporks in schools and offices, seemed to dominate in more and more home dining areas. At some point they were dubbed “Dinner Spoons,” and the moniker stuck. They were even showing up in table-scaping competitions.

In my first year judging competitive table-scaping, I had numerous discussions with other judges regarding these extra spoons with no discernible use, at tables we were judging. As the only etiquette professional judging the largest and most well-known table-scaping competition in the U.S., I stood my ground as retired teachers of Home Economics argued with me, using the same rationale of a spoon to the right of the dinner knife being, “placed simply to finish the place setting, even if it has no use for a particular meal.” that eHow’s 2017 article states. Each argument led to me reading aloud the competition rules, and emphasizing the point that the place settings had to reflect the menu created each competitor. That if a menu had no soup course, a soup bowl and oval soup spoon had no place at each setting, regardless of the fact that, ‘they came with the sets!’ as one retired teacher explained helpfully. I wasn’t swayed. Points were deducted!

Of course, regular competitors who had repeatedly ignored the rules and had in the 1980’s been rewarded with blue ribbons, were outraged that I dared dock points for incorrect table settings. I had to call each one who complained, to explain their scores. This was made easy for me by the fact that the first person I had to personally call (she had sent a heated letter of complaint including a copy of a page from an Amy Vanderbilt etiquette book) sheepishly apologized to me when I introduced myself over the phone. “It wasn’t until I showed my mother a copy of the letter I sent you, that we both noticed we were incorrect.” She had sent the page from Amy’s book which explained exactly what she had done wrong, but she had not really read it until then. Her mother when going over the letter, pointed out where they had gone wrong.


In plain and simple language, by the year 2000, when ‘Bon Appetit’ magazine published the place setting pictured at the top of this post, it was not introducing a new spoon to its readers, but reflecting the relaxation of expected table manners in the U.S. Don’t be fooled, however, unless a long stringy pasta is being served after the soup or another course, and those dining like to employ the Italian-American method of using a large spoon to aid in twirling one’s pasta, this “Dinner Spoon” completely is out of place.

While to a certain extent, we like the idea of having an extra utensil, we don't recommend it. A superfluous “Dinner Spoon,” thrown into a place setting, more likely than not, will confuse diners well versed in dining etiquette. And, yes, we will agree that there are other regional or cultural foods which sometimes call for an additional utensil, but what about the numerous combination utensils that one can find on sites like Etsy or eBay?  Antique, vintage or new reproductions of antiques and vintage, combination utensils are here to stay and can really add a fun and novel element to one’s entertaining. 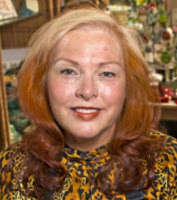 Etiquette Enthusiast, Maura J Graber, is the Site Editor for the Etiquipedia© Etiquette Encyclopedia. Graber has been teaching etiquette to children, teens and adults, and training new etiquette instructors, for over 30 years, as founder and director of The RSVP Institute of Etiquette.  She has authored several books and numerous articles, has been featured in countless newspapers, magazines and television shows and was an on-air contributor to PBS in Southern California for 15 years.

Posted by Etiquipedia at 9:51 PM