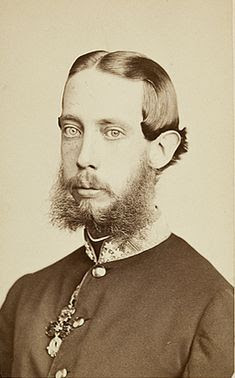 According to HistoryToday.com, picnics were a favourite pastime of the aristocracy in the 18th century. Mainly indoor affairs, picnics were held at one’s home or in hired rooms, they were associated with conversation, wit and were often seen as intellectual refinement. “At larger gatherings, there was also music or a dance – with the result that ‘picnic’ could be synonymous with a ball or party. In 1763, for instance, Lady Mary Coke told her sister that she had been at a type of ‘Subscription Ball’, known in Hanover as a ‘Picquenic’; and, in 1777, the novelist Cornelia Knight wrote in her diary that, during a stop-over in Toulouse, she ‘was entertained at a “pique-nique” dinner and dance.’” By the latter part of the Victorian era, the British “Aristocratic Picnic,” like many types of sporting events, evolved to become an activity followed variously by all classes of society, after efforts by civic leaders in newly developing areas like South Australia, to offer the middle and lower classes an alternative to drinking alcohol, gambling and carousing during their brief periods of leisure time. — Shown above, Archduke Ludwig Viktor Joseph Anton of Austria from the House of Habsburg. He was the youngest son born to Archduke Franz Karl of Austria and Princess Sophie of Bavaria, and he was the younger brother of Emperor Franz Joseph I of Austria.
— photo source, Pinterest

Apropos of the retirement of the Austrian Minister of Public Instruction, Baron Conrad, a Vienna paper relates the following episode, which shows how rigidly court etiquette is observed in Vienna: One evening, at a so-called “Aristocratic Picnic” at the Hotel Imperial, one of his daughters, who was dancing with the Archduke Ludwig Victor, pinned one of the cotillion orders on her partner’s coat. Such a thing is strictly forbidden by etiquette, and the Duke promptly tore off the order and threw it on the floor.

The young Baroness being ignorant of this rule, went to her mother, weeping, and left the hall; and next day Baron Conrad had an audience with the Emperor, begging to retire to private life on account of the insult to his family. But the Emperor smiled, and told him he would “make it all right,” and the following day Ludwig Victor called on Baroness Conrad and apologized for his apparent rudeness in the most chivalrous manner.—Exchange, 1886


Etiquette Enthusiast, Maura J Graber, is the Site Editor for the Etiquipedia© Etiquette Encyclopedia
Posted by Etiquipedia at 1:28 PM