Will Rogers on Washington Etiquette 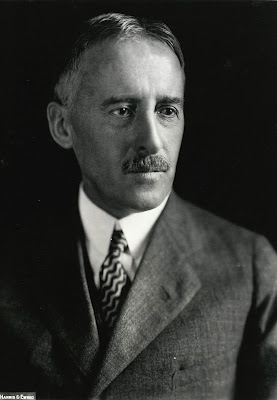 
NEW YORK, April 3. (To the Editor of The Sun): We used to brag on the fact that, unlike England, we had no different classes or ratings in this country, and here Secretary Stimson is called on to referee a bout in Washington’s table etiquette. Washington can't go out to dinner till they decide who shall sit next to who at the diplomatic dinners. They ought to feed ‘em Los Angeles style, slip everybody a plate and if they can't find the grub, why he wouldn't be much of a diplomat. I attended a gridiorn dinner where the President was, and they seated the diplomats according to what they owe us. England, France, Belgium and Italy were near the President, and the nations that didn't owe us a cent were at the foot of the table. I told ‘em “You all better borrow something or you will never meet Coolidge.” Yours, Will Rogers in the San Bernardino Sun, 1929

Etiquette Enthusiast, Maura J Graber, is the Site Editor for the Etiquipedia© Etiquette Encyclopedia
Posted by Etiquipedia at 9:44 PM