Tea with Dinner is “Faux Chinese”


Americans who sip tea throughout a Chinese dinner might just as well eat chop suey and chow mein with it. The tea-drinking practice is as Western in nature as are the two foods, says Mme. Chu Fang Li, a former first lady of Kwangtung Province. Mme. Li, now a restaurateur in this northern Westchester suburb, added that wine is customary with dinner in China, and tea, like coffee in much of the Western world, is an after-dinner beverage. During a nine-course dinner accompanied by a 1959 German liebfraumilch —Mme. Li talked about authentic Chinese cuisine and customs. She and her husband, Gen. Han Hun Li, a former Chinese army officer and governor of Kwangtung Province, feature dishes from all of China in the nine-page menu of their China Garden restaurant. “Chinese food is logical,” she explained. 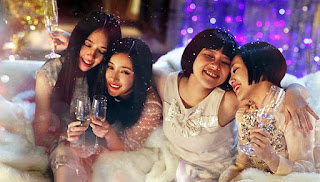 Notable Chinese wine-producing regions include Beijing, Yantai, Zhangjiakou in Hebei, Yibin in Sichuan, Tonghua in Jilin, Taiyuan in Shanxi, and Ningxia. The largest producing region is Yantai-Penglai; with over 140 wineries, it produces 40% of China's wine

Firepot cookery, a house specialty, was developed in cold regions near the Yangtze River to keep both food and diners warm. Each diner cooks tidbits of food to his taste by dipping them into boiling broth in a Ho-go, a metal firepot with chimney-like center. Bamboo steamers that fit into saucepans and hold heat for long periods are used for another house specialty, roast pork on skewers. These are canape-size sandwiches of roast pork served on special Mandarin-style steamed white bread with plum sauce and raw scallions. Mme. Li said the steamers also are used by tea houses, where Chinese go to talk or relax over cups of steaming tea and steamed tiffin foods such as dim sum, a noodle dough with meat or seafood filling. As for wines, she said each province grows its own, usually from grapes, although there also are rice and wheat wines. She suggested either libfraumilch or chablis – both dry, white wines as suitable substitutes for the Chinese varieties, which are drier and sourer than the Western ones. – UPI, White Plains, 1964

Etiquette Enthusiast, Maura J. Graber, is the Site Editor for the Etiquipedia© Etiquette Encyclopedia
Posted by Etiquipedia at 8:29 PM