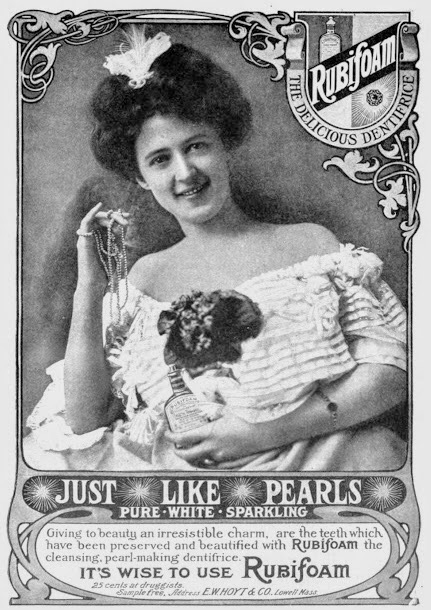 From early on, around the globe, daily bathing was fashionable and many societies had public bath houses. By the late Middle Ages through to the end of the 18th century in Europe and America however, etiquette and medical manuals advised people to only wash the parts of the body that were visible to the public; Ears, hands, feet, face and neck. Many western societies did away with public baths and turned to one’s home for the privacy of cleaning oneself. Still, much emphasis was put on masking body odor with homemade preparations and scents, rather than bathing and hygiene. By the early 1900’s bathing and oral hygiene were both fashionable again, and bathrooms were becoming commonplace in private homes.


When Baths Were Scarce

In a guide to etiquette published early in the last century, the writer says that “soap does not irritate the complexion. Some of the finest complexions we have known, have been regularly washed with soap every day.” The same authority remarks that “the daily bath is now the rule rather than the exception, and common sense has triumphed over the decision that washing was injurious.” And then the writer has a dig at her great-grandmother, “whose only ablutions consisted in wetting her cheeks with a cambric handkerchief dipped in rosewater.” “In all our directions with regard to the bath,” adds this early Victorian dictator, “It must be borne in mind that we only refer to those in sound state of health.” – Press Democrat, 1907


Etiquette Enthusiast, Maura J Graber, is the Site Editor for the Etiquipedia© Etiquette Encyclopedia
Posted by Etiquipedia at 5:47 PM