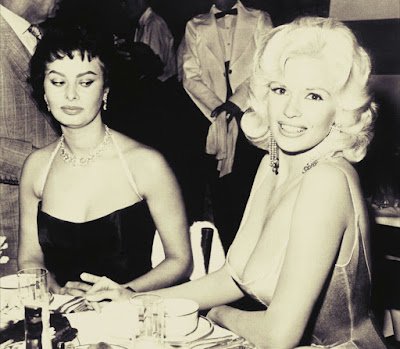 If an uninhibited friend unexpectedly wants to show you her newly augmented breasts, you may find yourself at a loss for words. It’s an odd scenario more common than you might think. It’s wise to be prepared on handling such cosmetic surgery scenarios with tact. On his blog, Little Rock Cosmetic Surgeon, Dr. Rhys Branman says: Women with newly augmented breasts are often proud of their new look and eager to show their results to a close friend or two. If she’s willing to share her experience and you want to hear more, feel free to ask questions. By making the first move, she has invited you to discuss—she will probably be happy to tell all. Don’t have time to talk about it all right then? She’ll probably be flattered if you suggest a later one-on-one conversation where you can get all the details. You think her actions are inappropriate and feel caught off guard. How do you keep calm and move on without a hitch? Dr. Branman says: It’s natural for you to blush at first glance, but beyond that, keep your cool. Say something that is supportive but neutral, such as, “I’m so happy you like your results,” and then move on to a new subject. Try to understand that your friend probably didn’t mean to make you feel weird—she’s just excited and wants to share what has likely been a positive, life-changing event for her.

Syndicated “Dear Dr. Steincrohn” on
“The Bust Problem” of 1962

I have received scores of letters from women during the past few months who were anxious to have plastic surgery for what they considered a deficiency in their bust measurements. Some were moderately unhappy, others almost hysterical. I included a few of their letters In this column. My purpose was to give readers the viewpoint of others faced with similar problems. Now comes the suggestion by a mere male. I think his views will give most women a mental uplift.

Dear Dr. Steincrohn: May I get into this discussion of breasts and busts? The average woman is conditioned by the success of well-known screen stars with oversized measurements. She quickly concludes that unless a woman has at least a 38-inch measurements she will have difficulty finding her man—or holding him, if she is already married. Every man has dated some women he thought were beautiful only to find that beauty, however adequate in terms of numbers, vanishes in completely vapid, unintelligent conversation, ill manners, and lack of sympathy and understanding.

I think the average woman forgets that proportion and not numbers is the important consideration; and that being out of proportion is unattractive because it jars the vision. A short, fairly slender girl with a 40-inch bust is out of proportion and looks top-heavy. A tall, fairly rawboned girl with a 34-inch bust would also be out of proportion. To be attractive a woman must be well-proportioned and dress neatly and walk like a woman. In all her actions, which incude walk, talk, dress, manners, she must exude pride in being a woman. If she can do this and neither feel superior or inferior to a man, and be content to be his friend, partner, and lover, softly sympathetic and softly understanding, then measurements aside, she will find love, contentment, and happiness. Tape measures are for the wastebasket!—Mr. P.


Etiquette Enthusiast, Maura J. Graber, is the Site Editor for the Etiquipedia© Etiquette Encyclopedia
Posted by Etiquipedia at 8:32 PM