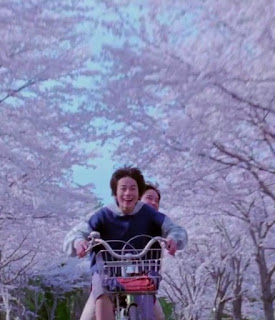 As more or less generally known, kissing has never been developed to any great extent, either as a science or as an art, among the Japanese. Some time ago, Judd Mortimer Lewis, famed columnist of the Houston Post-Dispatch, visited the flowery kingdom, and noting the neglect of this delectable practice, humorously suggested the establishment of a chair of osculation at a Japanese university, going so far as to offer his services as instructor.

A forward-looking native, who perhaps had visited the Occident, eagerly expressed approval of the idea, in the following letter to Mr. Lewis:

‘‘I am the only investigator on kissing in Japan. Kissing must be known of the Japanese, but they do not care for it. The Japanese governor does not permit to teaching them obviously even if it is so important a thing in etiquette. I wrote five times an essay on kissing,  but the Japanese Metropolitan Police look at them as demoralization. You say you will be able to be the lecturer on kissing. The day will come, I am wishing, when I myself will teach. The Japanese government are cutting the scene of kissing in the film without the knowledge of it.”

Etiquette Enthusiast, Maura J. Graber, is the Site Editor for the Etiquipedia© Etiquette Encyclopedia
Posted by Etiquipedia at 2:19 AM