These historically accurate place settings from 1855 to 2005, along with their accompanying stories and menus, were created by Etiquipedia© Etiquette Encyclopedia Site Editor, Maura J Graber, and theme event designer, Eda Bierman. The nine “Great Historic Places to See” were created for, and shown at, the 2006 “Designs for Dining” fundraiser, held yearly in Palos Verdes Estates. 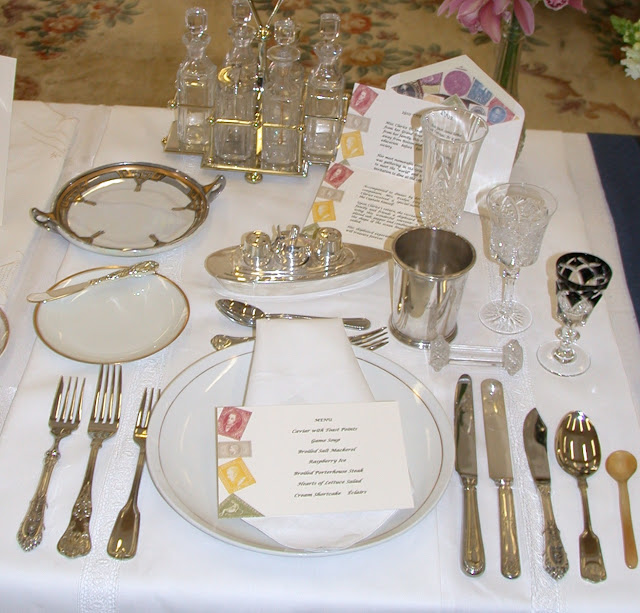 1910's setting (above) was a favorite. At a presentation given that afternoon for the event and viewing, the settings were explained in full, including the flatware, dishes and glassware for them. Here are a few examples below: 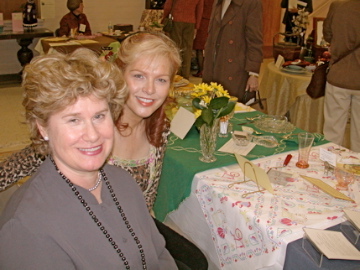 That's Eda Bierman on the left and Etiquipedia Etiquette Encyclopedia Site Editor, Maura J. Graber, peeking over her shoulder, as attendees view the settings and read the menus and story cards. 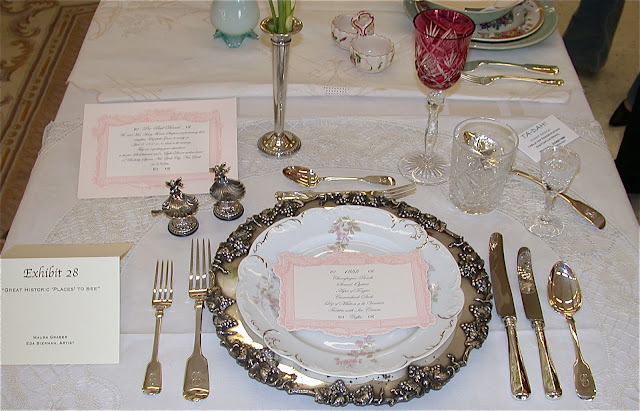 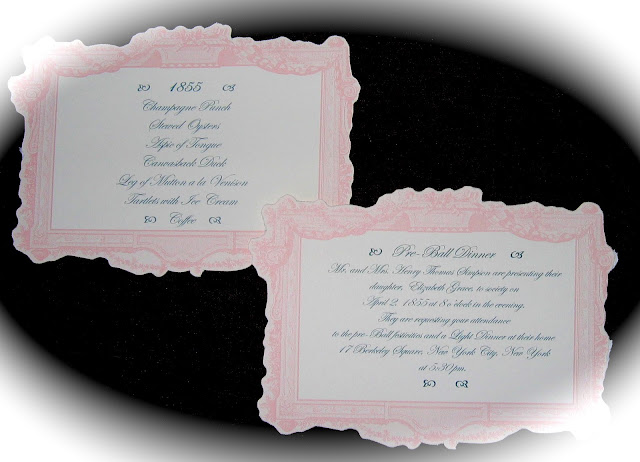 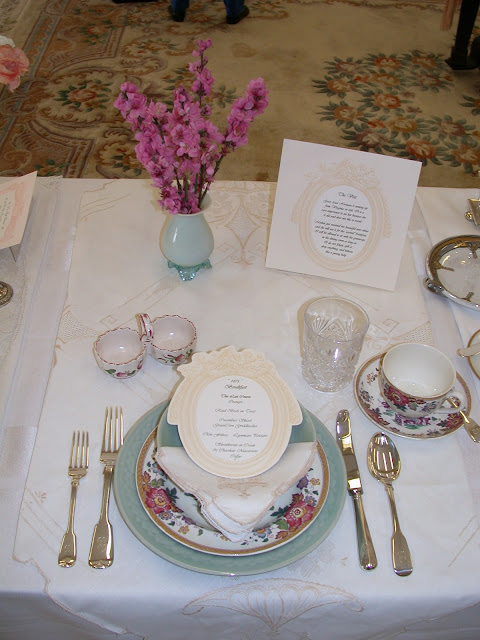 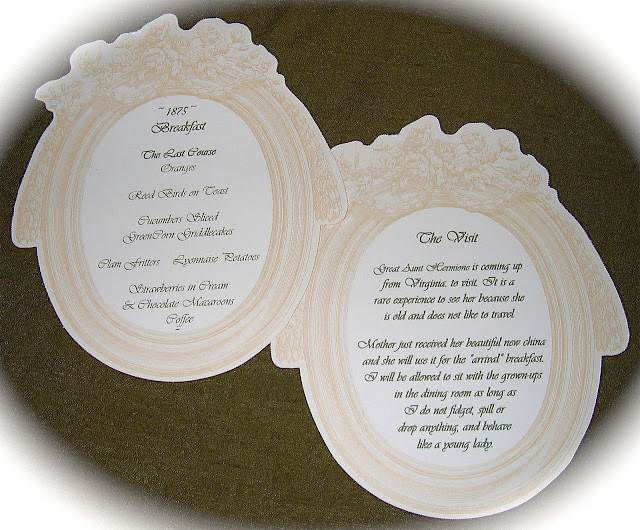 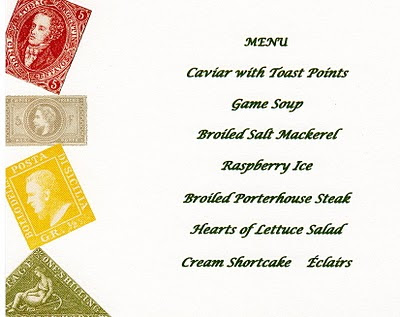 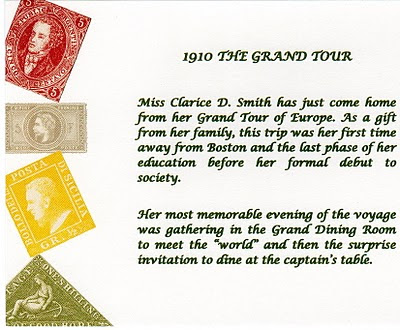 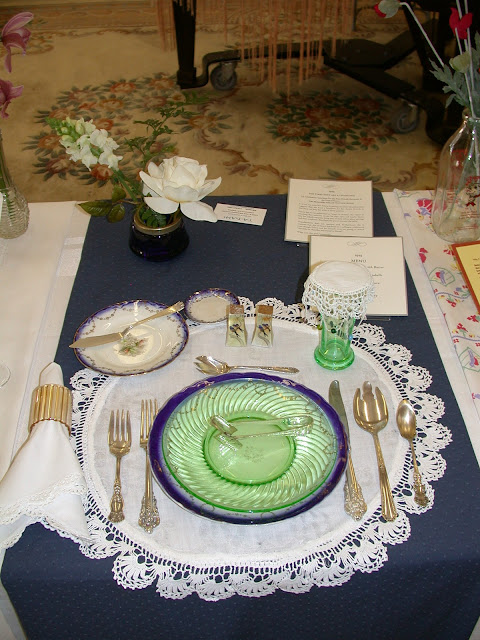 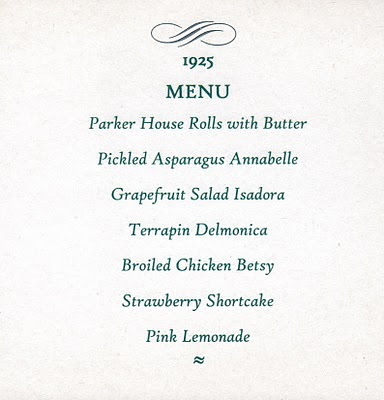 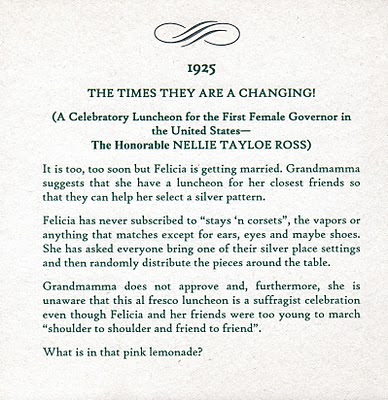 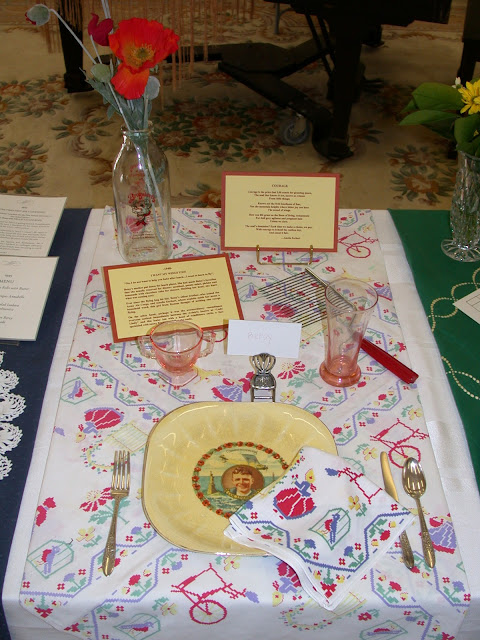 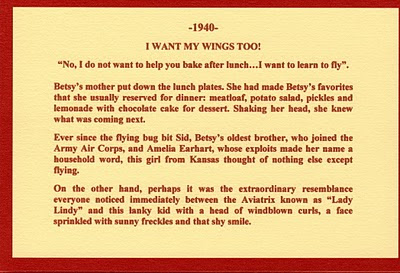 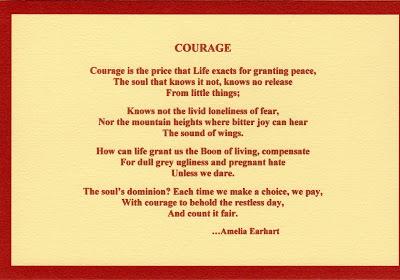 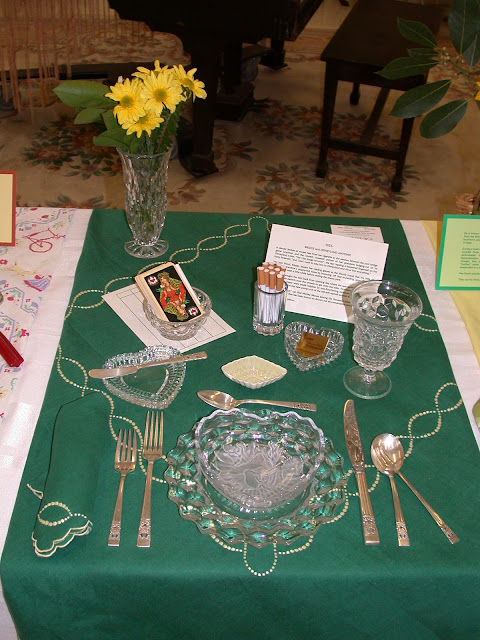 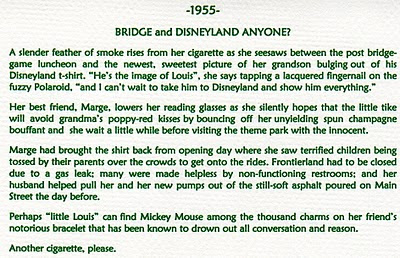 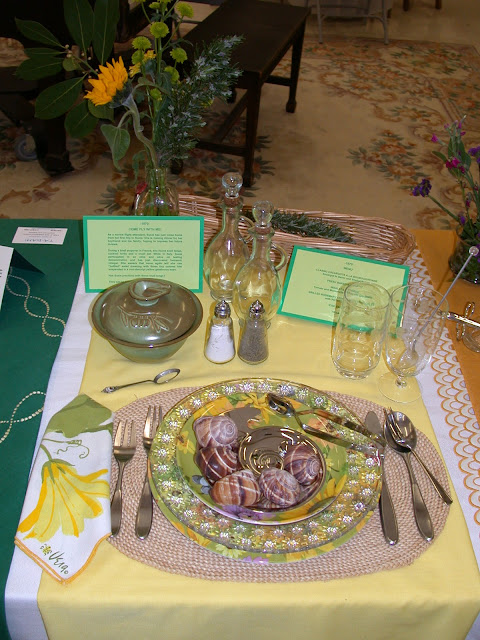 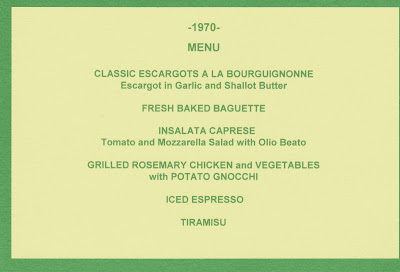 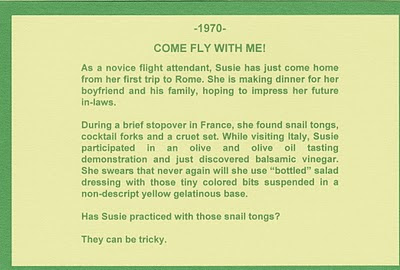 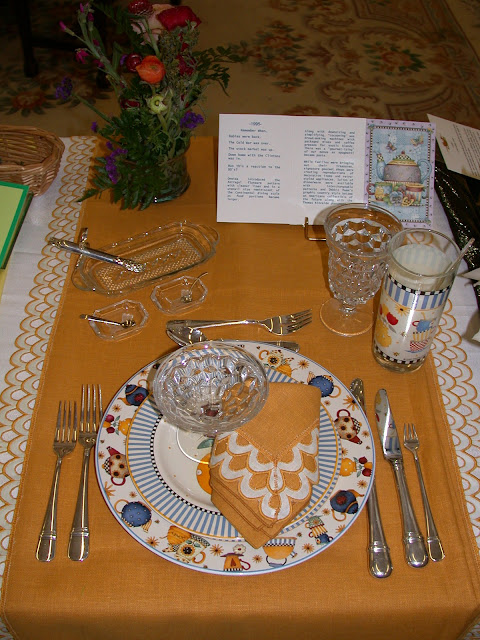 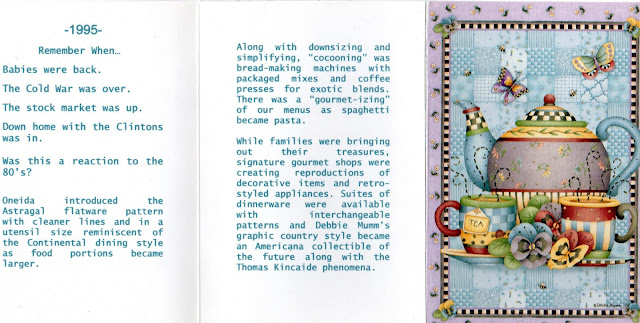 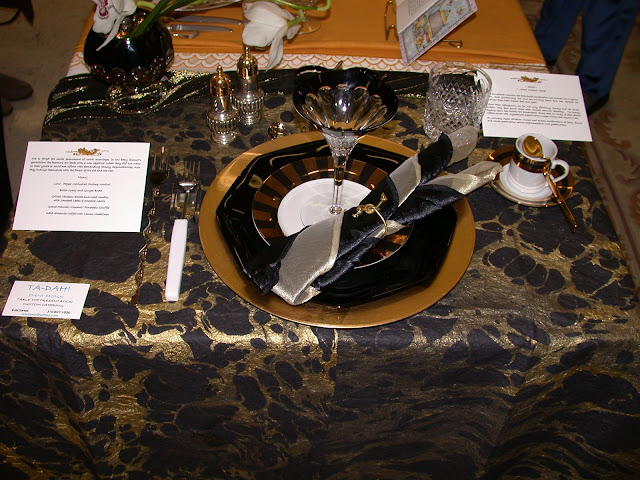 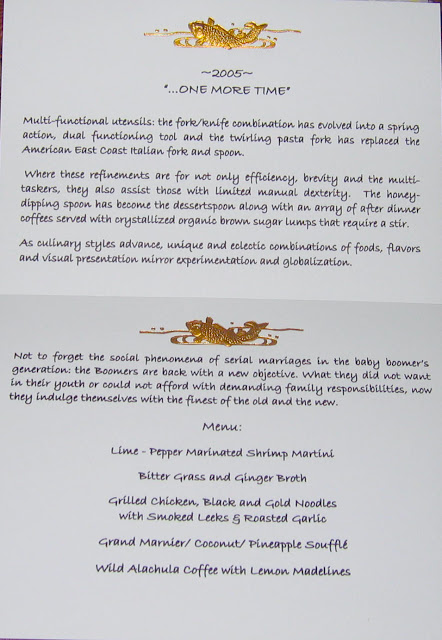