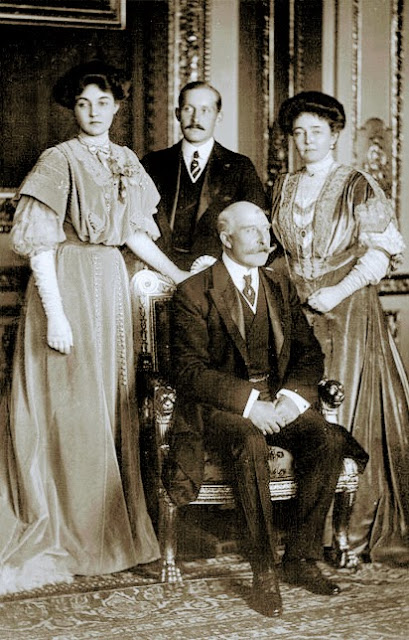 The Duke and Duchess of Connaught with Princess Patricia and Prince Arthur.

Papal Prince Did Not Meet Duke

Cardinal Farley Had His Own Opinion as to Questions of Etiquette

Special Dispatch to The Call

New York, Jan. 26.—The Duke of Connaught left New York tonight without having met Cardinal Farley, one of the new princes of the Catholic church. The Cardinal was invited to two of the festivities given in the Duke’s honor on his five days’ visit, but declined the invitations. A third invitation was not extended to him when inquiries established the fact that he would not accept.

Questions of etiquette were made the basis of the declinations on the Cardinal’s behalf. The question of etiquette was involved in the custom of submitting to Royalty, the names of all prospective guests.

As an American citizen and as a spiritual prince, it was thought that Cardinal Farley's presence should not be made subject to the approval or disapproval of an English temporal prince. – San Francisco Call, 1912

Etiquette Enthusiast, Maura J. Graber, is the Site Editor for the Etiquipedia© Etiquette Encyclopedia
Posted by Etiquipedia at 11:07 PM