Etiquette and Roots of Diplomacy 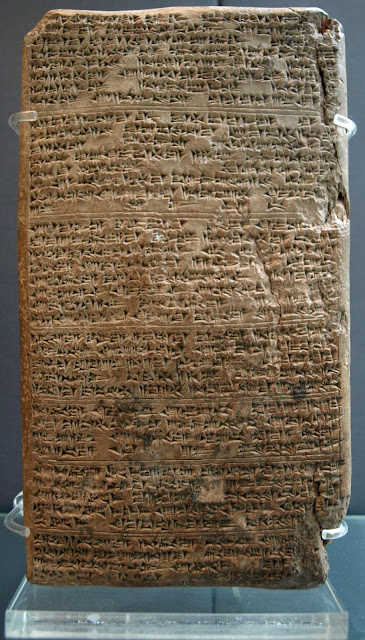 The “Amarna Letters” (or tablets) are the clay tablet-form letters of the pharaohs Amenhotep III and Akhenaten, with some letters from Tutankhamen’s reign. The correspondents were mostly Great Kings of Syria-Palestine, as well as Egyptian vassals, but letters also came from the Egyptian rulers.

The Amarna correspondence is a set of mostly diplomatic letters, on topics like exchanges of gifts, disputes, requests for resources, and marriage. From internal evidence, the earliest possible date for this correspondence is the final decade of the reign of Amenhotep III, who ruled from 1388 to 1351 BC (or 1391 to 1353 BC), possibly as early as this King's 30th regnal year; the latest date any of these letters were written is the desertion of the city of Amarna, commonly believed to have happened in the second year of the reign of Tutankhamun later in the same century in 1332 BC.

Etiquette Enthusiast, Maura J. Graber, is the Site Editor for the Etiquipedia© Etiquette Encyclopedia
Posted by Etiquipedia at 1:00 AM