Etiquette and “U” People 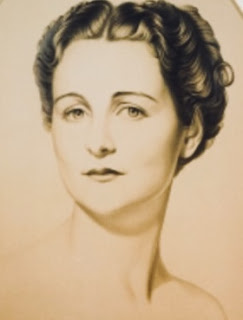 English novelist, biographer and journalist, Nancy Mitford, was one of the “Bright Young People” on the London social scene in the inter-war years. One of the famed Mitford Sisters, she is best remembered for her novels about upper-class life and her sharp, provocative wit. In the 1950s Mitford was identified with the concept of “U” (Upper) and “Non-U” language. Written in jest, but taken seriously whereby, the “U” and “Non-U” language was to identify social origins and standing by words used by people in everyday speech. Because of this, or in spite of it, Mitford was considered an authority on manners and breeding.

If Britain’s Upper-Class is Slipping, it’s Doing it Gracefully


With the gradual disappearance of the English aristocracy into a quagmire of death duties, imperial decline and middle-class impertinence, it is fortunate that we already have a manual of aristocratic behavior and speech which, if it does not entirely explain how a common man can tell an aristocrat when he sees one, at least explains how English aristocrats recognize each other. The book is “Noblesse Oblige,” edited by Nancy Mitford.


Miss Mitford starts off with an essay by Prof. Alan Ross, a Birmingham University, on Upper-Class English Usage which was printed in Helsinki Finland in 1954. Professor Ross, pointing out that “it is solely by their language that the upper classes are distinguished (since they are neither cleaner, richer, nor better educated than anybody else),” has invented a formula to set them apart from the common ruck of humanity. He classifies expressions used by Upper-Class people as “U” while those used by others are characterized as “Non U.”


Miss Mitford goes along with most of the Ross classifications, and Evelyn Waugh, who contributes his shilling's worth to the discussion, adds some of his own, like Lord Curzon's dictum that “no gentleman has soup at luncheon.” However, according to Ross, luncheon is no longer “U,” having been displaced by “lunch.” “U” people also have dinner in the evening, although “Non-U” speakers (also “U-children” and “U-dogs”) have their dinner in the middle of the day.

The worst of it is (or was) that a, “non-U speaker has no way of learning the rules sufficiently well to pass as U in U circles. If he doesn’t betray his lowly origins by pronouncing ‘girl’ as ‘gurl’ instead of a modification of ‘gel,’ he’ll probably goof by saying, ‘Excuse my glove’ when about to shake hands.”

Of course, non-U people and Americans are likely to think that this kind of thing is intended to impress people who are in trade or wear white socks. Actually, according to Strix, who also contributes to Miss Mitford’s Book, “U speech is not, as many believe, an arrogant and ‘snooty’ institution, used mainly like lorgnettes, for outfacing non-U speakers. It is the natural idiom of a comparatively small class and exists to further the purpose of communication with that class.”

Mr. Waugh, in his amusing comment on the subject declares that as a rule grandees avoid one another "unless they are closely related." In a ducal castle, Mr. Waugh declares, you might find "convalescent penurious cousins, advisory experts, sycophants, gigolos and plain blackmailers. The one thing you could be sure of not finding was a concourse of other dukes." An irreverent American might suspect that unrelieved U-ness can be wearying even to the most indisputably U.– Editorial in the Saturday Evening Post, 1957

Posted by Etiquipedia at 1:38 AM