Diplomatic Etiquette and the "Father of Diplomacy"

The father of diplomacy has been well established as Amenhotep III, who reigned from 1391–1353 B.C., after going as historically deep as possible to find a person who successfully used diplomacy to reach his or her country's foreign policy objectives. The oldest detailed records found were the "Amarna Letters."  From this diplomatic correspondence one finds a diplomat that towers above all others in the ancient world.
After thoroughly studying the content of the Amarna letters, it is clear that Amenhotep III possessed all the seven virtues that Sir Harold Nicolson, English diplomat (Nicolson 1939) attributes to the ideal diplomat.  Nicolson underscores that an ideal diplomatist should be truthful, accurate, calm, patient, good tempered, modest and loyal. With the exception of modesty (Amenhotep III referred to himself as the Dazzling Sun disk), this pharaoh proved to have all these qualities. However, a lack of modesty was expected from a pharaoh, who was considered Horus reborn, a living god. But ultimately Amenhotep III was courteous in his dealings with the other rulers. Various sources portray Amenhotep as intelligent, knowledgeable, discerning, prudent, hospitable, charming, industrious, courageous and even tactful. The latter are the other attributes Nicolson takes for granted in an ideal diplomatist. Nicole Douek, University College, London says about Amenhotep III ‘Ranking him, he was a very intelligent man. He obviously used his position extremely carefully, so although there is great respect for the other kings of the time, he is always one cut above everybody else.'

Amenhotep III's time, and why and how he used diplomacy —

For centuries, Egypt was unrivaled. But in Amenhotep's III reign Babylonia, Assyria, and Mitani were strong enough to challenge Egypt. United, they could shatter Amenhotep's empire. Egypt was the wealthiest country on earth and had huge quantities of gold, which the pharaoh's neighbours coveted. Amenhotep quenched the gold lust of his neighbours wisely. He gave them gold but always left them wanting. In exchange of gold Amenhotep III asked for foreign princesses. The strategy was a success. The kings of the Near East were engaged in a diplomatic dialogue not warfare.  Thus marriages were an instrumental part in Amenhotep III's foreign policy, whereby thanks to them he cemented alliances with foreign powers and at the same time maintained – indeed augmented – his position as the premier ruler in the ancient Near East. Foreign princesses were accompanied by lavish exchanges of gifts of raw and manufactured goods – precious metals, horses, lapis lazuli, furniture, and cosmetic equipment – on both sides. Amenhotep III married many foreign princesses, but no Egyptian woman of royal blood was married to a foreign king, lest her would be husband would claim the right to be pharaoh after Amenhotep III's death.  Also from the many children from Amenhotep III's marriages, it was the offspring by the Great Egyptian wife Tiye that counted in the succession.

After analyzing Amarna letter 33, it is clear as W.M. Flinders Petries points out that International law was respected. In this letter the King of Alashia informed Amenhotep III that an Alashian died in Egypt, leaving son and wife at home and requested for the return of deceased's property by messenger. (Syria and Egypt From the Tell El Amarna Letters by W.M. Flinders Petrie, Ares Publishers, Chicago.) Like an Ambassador or Consul intervenes to protect the rights of his or her citizens today, it was possible to do the same in Amenhotep III's court. Foreigners felt safe dealing with Egypt because of the supremacy of the rule of law, which Amenhotep III was the ultimate guarantor.
Protocol existed as well. We know that rites were witnessed by foreign potentates or their ambassadors, pictured in the reliefs and identified as the ‘‘chiefs of every distant land who had not known Egypt.'' On one of these occasions the king of Babylon registered a complaint, by letter, regarding the absence of proper protocol where his emissaries and their chariots were concerned. Amenhotep freely admitted the truth of the accusations, (according to Harold Nicolson an ideal diplomat should), but castigated the Babylonian messengers: ‘‘On one occasion your messengers went to your father and their mouths spoke hatred; (now) a second time they go and speak hatred to you.'' In consequence, Amenhotep concludes, he has decided not to give them anything in the future, for, no matter what he does for them, they will misrepresent his intentions.


Amenhotep III was such an accomplished and visionary diplomat that he was also the first ruler to make use of Public Diplomacy. Amenhotep III ‘‘had published at intervals series of large scarabs on which were inscribed a brief record of the particular event in question. Score, perhaps hundreds, of each issue were turned out, and distributed throughout the provinces and foreign rulers. In this way did the king publicize, the public works and acts of his reign.'' Professor John Ray, Cambridge University, argues ‘Amenhotep calls himself the King of Kings, and the King of Kings is what he must have seemed to the rulers who shared his world.'

As a result of the diplomacy Amenhotep III employed ‘the Egypt he ruled never had been, nor would be again, in such a position of absolute power in the world.'  Professor David O'Connor, New York University says ‘International diplomacy in the days of the Amenhotep letters would be very familiar to diplomats today.  It was really very much like diplomatic interaction between countries even in our own time.'

Amenhotep III's diplomacy and the peace that resulted brought about an unprecedented thing – cultural understanding, which benefited everyone, especially Egypt. ‘Peace had also changed the Egyptians' attitude towards their foreign neighbors, who were no longer primarily seen as the hostile forces of chaos surrounding Egypt, the ordered world created at the beginning of time. Amenhotep's court had become a diplomatic centre of international importance, and friendly contact with Egypt's neighbors had led to an atmosphere of openness towards foreign cultures. During the earlier part of the dynasty, immigrants had introduced their native gods into Egypt and some of these deities had become associated with the Egyptian king, . . . but now foreign peoples were themselves seen as part of god's creation, protected and sustained by the benevolent rule of the sun-god Ra and his earthly representative, the pharaoh.'


‘Under Amenhotep III there were no military campaigns in Western Asia. The ‘‘Dazzling Sun Disk of all Lands'' was in fact a master diplomat. The general picture that emerges is of a balance of power carefully maintained by all parties, all of whom profited by the peace secured by mutual alliances and supported by a flourishing exchange of goods.' (O Connor David; Cline Eric. eds., 1998).
‘At no period, therefore, can we place the power of Egypt higher than it was under Amenhotep III, lord of the two great cradles of civilization, the narrow valley of the Nile, and the plains and highlands of Mesopotamia.' (Syria and Egypt From the Tell El Amarna Letters by W.M. Flinders Petrie, Ares Publishers, Chicago.)


Hence Amenhotep III is the father of diplomacy conducting relations with other states by peaceful means. He was skilled in the management of international relations and tactful in dealing with diplomats. International law was respected as was protocol. Public diplomacy was employed for the first time in recorded history and most important of all the region reaped the abundant fruits from this person's approach to international relations, which brought peace and prosperity. Originally published in Daily News Egypt, 03 - 08 - 2010, written by Kristian Bonnici 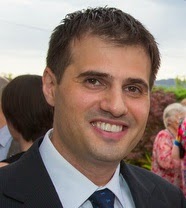 Contributor Kristian Bonnici holds an M.A. in Diplomatic Studies. He speaks English, Italian and Maltese fluently, and has a knowledge of French, Arabic and Russian. He is currently the Founder and Chief Executive of Diplomatic Envoy Consultancy, www.diplomaticenvoy.com.au. He is also a member of the Public Relations Institute of Australia, Toastmasters International, and Rotary International.
Posted by Etiquipedia at 12:44 AM