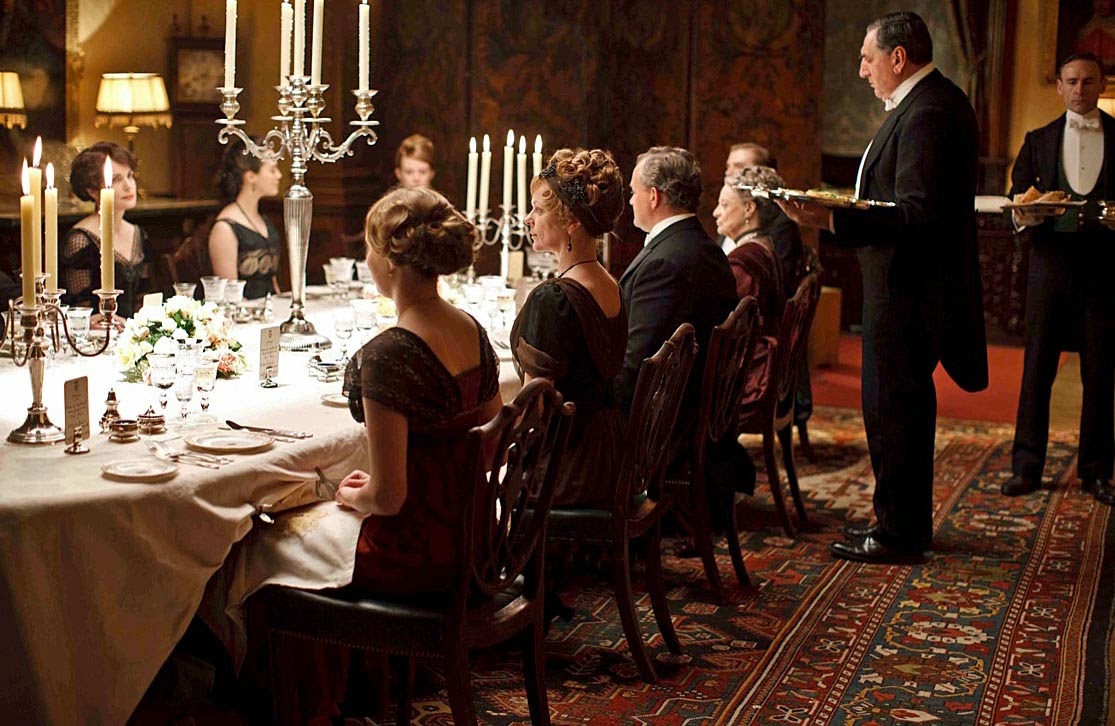 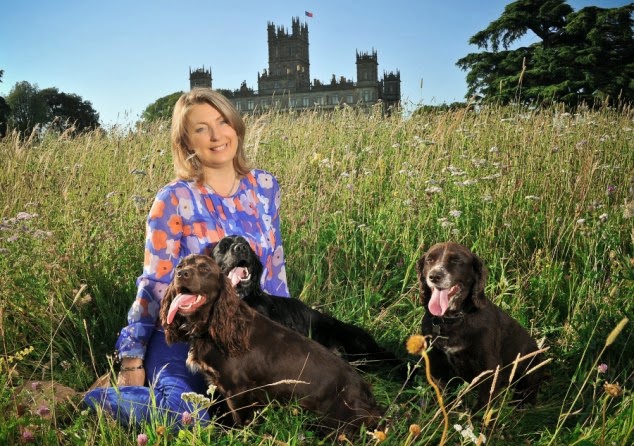 Downton Abbey makes major faux pas at dinner time
All wrong: The set-up for the dinners on the popular ITV show are incorrect according to Lady Carnarvon of Highclere

The Countess of Carnarvon, the mistress of Highclere Castle where the series is filmed, has criticised the ITV1 drama’s repeated faux pas.


Among them, says Lady Carnarvon – who writes a blog in which she reveals how a stately home should really be run – are the incorrect setting of the table for dinner and the lack of servants.
It’s the little details,’ she says. ‘Glasses are back to front and things are set wrong.

‘Setting up the table is an art. Knives, forks and spoons are set from the outside in, beginning with the bread knife and working through each course to cheese.

‘A pat of butter is impressed with the intertwined Cs and coronet and placed in front of each guest.

‘The wine glasses and water tumbler are arranged to the top right of each setting. Downton prefer a different arrangement.

‘I don’t want to step on people’s toes so I’ve tried a few times to  say, “Do you know you’re setting the table wrong?” I do feel, after  all, that it’s my dining table and obviously we wouldn’t set it like that.

Lady of the manor, Fiona, 8th Countess of Carnarvon, writes a blog about her life running Highclere Castle

‘They look at me blankly and I sort of try once more and then I give up… and now I try not to look because it’s easier.’

Other tips from Lady Carnarvon, whose husband the 8th Earl of Carnarvon owns Highclere, near Newbury in Berkshire, include butlers wearing white gloves to keep fingerprints off the glasses.

She has previously said a stately home of Downton Abbey’s size would, in the early 20th century when the programme is set, have had up to 60 domestic staff.

At the end of the third series, the fictional Crawley family had only about a dozen servants. Her observations will delight  the small group of Downton  fans that takes to the internet  after each episode to point out anachronisms.

But Lady Carnarvon perhaps cannot afford to be too critical of the show – one of the most popular period dramas ever – the fourth series of which begins on ITV1 this month.

For its success has had a dramatic impact on the lives of those living inside the ‘real’ Downton.

The fictional Earl of Grantham has struggled to keep hold of  his ancestral home and, before Downton hit our screens, the  Earl and Countess of Carnarvon admitted their estate needed £11.75million repairs, including £1.8million of urgent work on the main house.

Ravaged by damp and rot, at least 50 rooms were uninhabitable and stone turrets were in disrepair.

But after their friend, the show’s writer and producer Julian Fellowes, asked if he could film at Highclere, it has become one of the UK’s best-known stately homes.

Up to 1,200 visitors a day descend in the summer, enabling the owners to begin major repairs.

A spokeswoman for Carnival Films said: 'The team behind Downton Abbey applies the highest production values and the programme's historical advisor is on hand at all times to ensure that all elements of the production - including the set design, costumes and any props used - are as authentic as possible and in keeping with what was considered appropriate at the time.

‘As the drama is a fictional series, the two footmen depicted are representative of a larger number of staff that would have existed at the time.’

Originally printed in the Daily Mail