Etiquette and the Dictionary of the Vulgar Tongue

Now you too can recognize an ‘abbess’ from a ‘yellow boy’ :  Slang and vulgar language have probably been around since language itself, but when soldier Francis Grose’s, the “Dictionary of the Vulgar Tongue,” was first published in 1811, it surprisingly was a runaway success. Below are some favorites:

ABBESS: Mistress of a brothel.

BABES IN THE WOOD: Criminals in stocks or pillory.

BLACK INDIES: Newcastle upon Tyne, whose rich coal mines prove an Indies to the proprietors.

BLACKLEGS: A gambler or sharper on the turf or in the cockpit: so called, perhaps, from their appearing generally in boots; or else from game-cocks whose legs are always black.

BREAD AND BUTTER FASHION: One upon the other. "John and his maid were caught lying bread and butter fashion."

CODS: The scrotum. Also a nick name for a curate: a rude fellow meeting a curate, mistook him for the rector, and accosted him with the vulgar appellation of Bol***ks the rector, No, Sir, answered he; only Cods the curate, at your service.

COLD PIG: Punishment inflicted on "sluggards" who lie too long in bed — pulling off all the bedclothes and throwing cold water on them.

DOCK: Lie with a woman.

GANDER MONTH: That month in which a man's wife-lies in: wherefore, during that time, husbands plead a sort of indulgence in matters of gallantry.

GLAZIER: Someone who breaks windows to steal goods for sale.

HEMPEN WIDOW: One whose husband was hanged.

LEFT-HANDED WIFE: Concubine. Based on an ancient German custom where, when a man married his concubine, or a woman greatly his inferior, he gave her his left hand.

PIECE: Wench. A girl who is more or less active and skillful in the amorous congress.

QUEER PLUNGERS: Cheats who throw themselves into the water in order that they may be taken up by their accomplices, who carry them to one of the houses appointed by the Humane Society for the recovery of drowned persons, where they are rewarded by the society with a guinea.

RESURRECTION MEN: Persons employed by the students in anatomy to steal dead bodies out of churchyards.

SHOOT THE CAT: Vomit from excess of liquor.

SHY COCK: One who keeps within doors for fear of bailiffs.


ZEDLAND: Great part of the West Country where the letter Z is substituted for S.

"There are words which, politely speaking, are more acceptable in a foreign tongue than in our own sometimes brusque one. It is, therefore, possible to speak of a lady's derridre, the baby's po-po (German and French baby talk for "fanny"), a pot de chambre (decorators seize on antique examples as perfect flower vases these days), a crime passionel, a cochon, a file de joie, a maison close. In fact, if you want, you can interject almost anything in a foreign tongue into an English conversation and what in English might be considered crude becomes in another language at least bearable. This phraseological distinction is also a device often used in best sellers to spare the ignorant and to give those who can translate some slight feeling of naughty superiority." 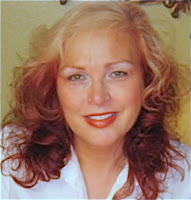 Contributor Maura Graber has been teaching etiquette to children, teens and adults, and training new etiquette instructors, for nearly a quarter of a century, as founder and director of The RSVP Institute of Etiquette. She is also a writer, has been featured in countless newspapers, magazines and television shows and was an on-air contributor to PBS in Southern California for 15 years.
Posted by Etiquipedia at 11:58 PM