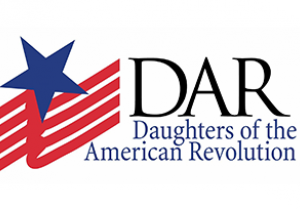 “Club Etiquette”
Books And Their Makers:
Conversation Between Club Woman and Non-Member

Mere man may well tremble at the bare idea of reviewing a book on woman's clubs, written by a club woman. But a fool may rush in where angels fear to tread, so here goes, and may the presiding genius of the Progress of Feminine Institutions have mercy on my soul! For the purpose of setting husbands, more specifically “club husbands,” right at the start and to create an era of good feeling all around, let us quote from the chapter on “Replenishing the Tea.” “For nowadays it is a positive fact that husbands and families of club women are so well educated, so considerate and polite, that they observe a sort of club etiquette themselves. A man, especially, beareth all things, hopeth alI things, believeth all things, endureh all things, connected with a woman's club!” Madame chairman! Thumbs down!

The book is divided into subdivisions, appropriately headed “Talking,” as follows: “Waiting for the Tea,” “Over the Teacups,” “Replenishing the Tea,” “The Tea Grows Colds” and “Tea-ground Fortunes.” And the conversation never flags. It is a little discouraging to find that “the paramount question,” both with the club woman and the non-member is the question of calls. “Why don't you become one of us?” asked the club woman. An the non-member rejoined: “I have given you several reasons. But the paramount one really concerns the question of calls, which is and may ever remain, the inextinguishable bugbear of the social life of womankind.” “Yes, it seems to underlie or overlap all other problems, doesn't it?” And so, instead of calling, the dear ladies pass. The author tells tales out of the club, too.

The club woman is advising the non-member who has ancestors, to join the Daughters of the Revolution. For she says: “The Colonial Dame knows how to mingle with all kinds and classes of people, and yet keep her own dignified reserve; losing none of the sweetness of her well born and well bred ancestcrs, yet adding to it, much of the tactful strength that only nineteenth century opportunities could germinate and bring to fruition. The whole fabric of social relations in a large majority of our towns and villages has been made more graciously beautiful by the interweaving of Colonial revivals every year.

The stately manner and the silvered hair (artificially, if not naturally) of our colonially descended women on occasions, familiar to all in both town and cities, always excites a spirit of becoming reverence and patriotism in the public mind.” The further one proceeds in this book, the more firmly one is convinced that this book was intended for the sympathetic eye to the club woman alone, and that it is profanation for a mere man even to read it, much more to criticise it. So we close the volume with a sigh. On “Club Etiquette, By Ella Giles Ruddy. With a club creed by Mrs. JR. J. Burdette - By C.V. Barton, 1902