After a very brief exchange with a woman, when I stated how improper behavior and the lack of proper manners is hurtful to people wanting to advance and improve their lives, I was left troubled. Her response to me was, “You can’t impose middle class values on the ghetto!” She clearly did not understand that proper behavior has nothing to do with race or one's financial status, but more with the respect we show to each other and to ourselves.

It's disconcerting that a great number of people in the African-American community seem to view any type of proper behavior as “selling out” or “acting white.” It's as if carrying oneself respectfully will erase their “identity” from existence. Many also seem to want to disconnect from any type of proper behavior or etiquette with the notion that it has nothing to do with them, when in reality, it has plenty to do with them.

Etiquette's Surprising History
In my research on the practices involved with training etiquette, I uncovered a tidbit of interesting history written by Judith Martin, the author known as “Miss Manners." When it came to teaching manners to the children of wealthy Southern plantation owners, the job was that of the household slaves. According to Miss Manners:


“The plantation owners thought they were being English country gentlemen, but who was teaching etiquette to their children? The house slaves. The house slaves often came from a more elevated background than the masters. They were chosen among the slaves as the people who were more refined. They had been captured and brought over from Africa, whereas, of course, voluntary immigrants came because things weren’t so great at home.

The house slave, usually the mammy, taught manners to the children. So she taught them the manners she knew. The “y’all come see me” kind of hospitality is an African tradition that they brought over.”

The way I see it, proper manners and respectful behavior are not our shame, they are our birthright! Sadly while these women and men who were teaching their master's children proper manners, it was a valuable education they could not pass on to their children lest they be accused of being “uppity” and it could have cost them dearly. But what about today? Why do many still shy away from it seeing it as something “they do," but not  something “we do," when we have had a family of color, an African-American "First Family," residing for these past several years in the White House?

After slavery, many blacks sought to better their fortunes by taking advantage of the opportunities to become educated and to learn the proper usage of the social graces of their day to fit in. The racism that banned them from being educated in white institutions did not stop them from educating themselves and setting up their own schools and implementing the social graces practiced at that time. These practices continued into the 20th century, when blacks enjoyed their own social dinners, dances and cotillions.

Maxine Powell, Motown’s, "Artist Development Coach," taught The Temptations, The Supremes and all the other famous Motown acts, the finer points of charm, etiquette and social graces. This training was just as important to their successes, as their ability to sing and, in many social situations of the early 1960s, even more important.

Other Cultures Understand
People of other cultures who are advancing, and prospering on a global level, understand that if they want to interact with people and expand their influence, they have to refine their manners and social behavior.

Dr. Charlotte Hawkins Brown, the founder of Palmer Memorial Institute and author of the 1940’s social graces handbook for African Americans, “The Correct Thing to Do, to Say, to Wear," had this to say 72 years ago during a live radio broadcast:


“After all, the success of the American Negro depends upon his contacts with other races who, through the years, have had greater advantages of learning the proper approach to life and its problems. The little courtesies, the gentle voice, correct grooming, a knowledge of when to sit, when to stand; how to open and close a door; the correct attitude toward persons in authority; good manners in public places, such as railroad stations, moving picture houses, and other places where we are constantly under observation—the acquisition of these graces will go a long way in securing that recognition of ability needed to cope with human society, and will remove some of the commonest objections to our presence in large numbers.”

During the time of Jim Crow segregation, she understood even back then, that proper conduct and behavior was important in working with people of other races and cultures to advance one's fortunes was of the utmost importance. At the same time, she was also very aware that despite those efforts, many African-Americans would still suffer unfair treatment, so to not carry oneself respectfully would only make matters worse.

According to TIME magazine, the #1 course that students take at the Shanghai Institute of Foreign Trade, is the manners course training the students in etiquette. With their newfound prosperity, they understand that their old behaviors are no longer acceptable if they want to stay on the competitive edge. We in the African-American community, need to get with the program if we want a place in the global market and the accompanying respect we are due. If not, we will be left behind, holding on to our right to “keep it real."

Speaking of our right to “keep it real,” how has this false code of honor served us? I for one can say not very well. I believe that the breakdown began in the 1970’s and has continued to this day. We have abandoned many of the practices of social graces and etiquette in the light of “self-discovery.” We made the decision that good manners and celebrating the notion that “black is beautiful," could not co-exist. Good manners and proper conduct were seen as “white” attributes to be shunned and so the baby is thrown out with the bath water so to speak. Dr. Brown also spoke about this:

“It is perfectly natural that we want to forget much that was associated with slavery and its aftermath; at the same time it is very necessary that we pay attention to some of the things gained by our fore parents through intimate association with an aristocracy schooled in the finer things of life. Well may we add to our modern culture and educational efficiency some of the fine manners of those bygone days.”

Dr. Brown understood that despite the fact that proper conduct was associated with white society (though race has nothing to do with behaving properly), she urged African-Americans to not forget the benefits that carrying oneself properly could provide, despite the poor attitude of the people who wielded the most power and influence.

To a certain degree, I understand the rebellion against these established practices and the attempts to be more independent. But what was gained from outward rebellion? Nothing. It has done nothing but isolate us, and it has robbed many of us, of the things we desire to obtain and achieve. We must take measures to correct this behavior, and quickly, if we want to not just survive, but also thrive.

When in Rome...
There's no crime in wanting to be independent. Utilizing wisdom is the key. The children of foreign rulers and diplomats are sent to finishing and boarding schools to learn Western social graces, but at home they still utilize their cultural protocol. They understand the best gift they can give their children is to empower them to be well prepared for whatever environment they find themselves in. It is not about conforming, but about knowing when it is appropriate to compromise for what one is trying to accomplish.

The world is becoming more globally interconnected, and if we do not get with the times, as aforementioned, we will be left behind. A practical compromise for a greater investment in one's future, if done correctly, is not “selling out." It is not to impress other people as much as it is to value ourselves. 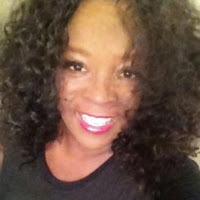 This was from a favorite contributor to this site, the late Demita Usher. She wanted it shared and we thought this would be an appropriate time to edit and post it, as it's Black History Month. Demita, who died suddenly in June of 2015, said that she was continually working to dispell the notion that etiquette is just "for white people." Demita wanted others to understand that etiquette knows no color. Her friendship and passion is missed by many!

Etiquette Enthusiast, Maura J. Graber, is the Site Editor for the Etiquipedia© Etiquette Encyclopedia
Posted by Etiquipedia at 2:29 AM