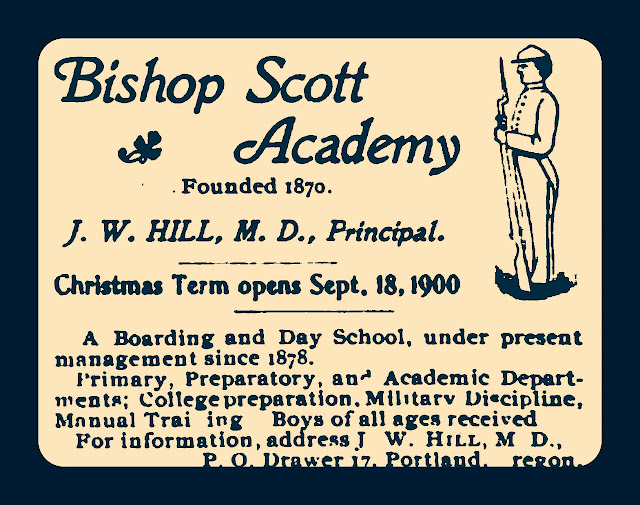 The Appeal of the Military Academy


A real military school for young boys, where the little fellows can engage in all the activities of military school life without being the tail of a high school kite, appeals strongly to the average parent. If it did not, the story of rapid growth shown in them could never be told.

Boys may start at a Military Academy in the first grade and take the regular school studies until prepared for high school. In the first three grades at Page Military Academy, they will be under lady teachers and after that men teachers who are college graduates. The classes are so small that students complete a grade and a half during the year and to do less is the exception rather than the rule.

One of the strongest factors in moulding a boy's character is the kind of playmates he has. There are no "tough"' boys in the school and they cannot become so while there. The personnel of the student body is of a very high order. There are several boys in this little group that seem to have the elements that will some day make them famous men.

The boys are given the same careful attention in regard to their bathing, food and etiquette that they receive in the most refined homes. Their clothing is looked after carefully. A father recently appealed to a woman of his acquaintance to look after his motherless son. "Send him to Page Military Academy," said she. "They will look after him better than I possibly could."

An unceasing effort is made to instruct the cadets in regard to the usages in polite society. Their table manners are carefully scrutinized, and there is just enough supervision of their play to insure they are not going far wrong, without seeming to infringe on natural liberties. A constant war is waged against an indiscriminate use of slang. It is intended that the school life shall be home life: that each boy shall feel free to do whatever he would be allowed to do in a well-regulated home, subject only to such restrictions as are imperative on account of the large number present.


The Page Millitary Academy in Los Angeles has grown rapidly because its patrons have been pleased. When parents have seen their children increasing in mental vigor, developing robust constitutions, attaining high ideals and all the while living happy, healthy, wholesome lives, they have told their friends, who have in turn passed on the story. Thus the school has grown, and it will continue to grow as parents realize the advantages offered. — Los Angeles Herald, 1910


Etiquette Enthusiast, Maura J Graber, is the Site Moderator and Editor for the Etiquipedia© Etiquette Encyclopedia
Posted by Etiquipedia at 2:11 AM