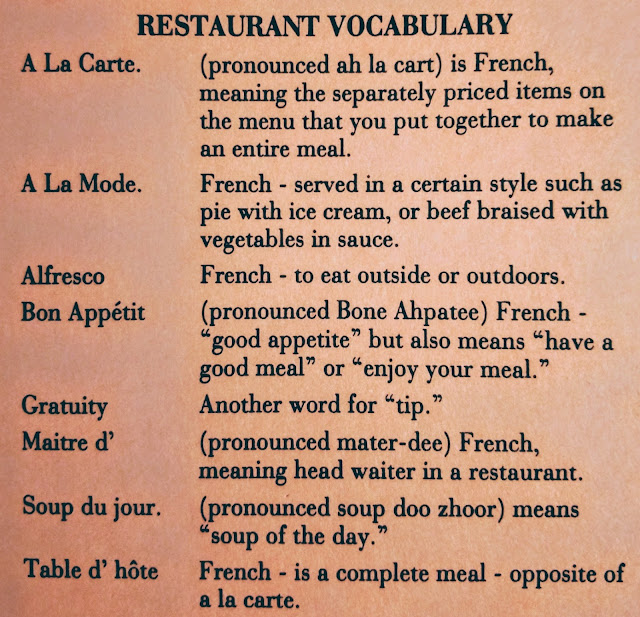 Though the inns’ hosts typically did not sit to eat with the diners, the French term “Table d’Hôte” began in public inns, where guests ate at a common table, called the “Host’s Table”. By the end of the 17th century, similar meals were hosted by other establishments and were first known as “inn’s tables” (tables d’auberge). This practice of serving a set meal at a collective table became a common way of dining in public in Paris, prior to the appearance of public restaurants as we know them now.