There are several elements without which it is difficult to imagine tea drinking in 19th century Russia:


2. A teapot
3. A “hot-water” doll (known as a tea cozy in the US and UK).
3. Porcelain cups, saucers, teaspoons and dishes. In wealthy homes, fine porcelain was used for tea drinking.
4. Sweets to serve for eating while enjoying the tea (including sugar in a bowl for sweetening the tea).

Nobles were among the first began to drink tea. They copied the customs adopted by the British. In the noble families, the tea table was covered twice a day with a fine white cloth. Expensive porcelain dishes were present on the table to emphasize the elegance of the ceremony. Often they drank tea on the open summer terraces. Over tea, the guests talked about refined topics.

To serve and enjoy tea as Russians did in the 19th century – The samovar is placed directly on a small tea table or at the end of a larger table. Tea leaves are poured into a small teapot, with hot water from the samovar poured in, and a rag doll is put on top, keeping the water hot for steeping the tea. The resulting brew is poured into cups and diluted with boiling water. Everyone can choose the strength of the drink.

Only the mistress herself pours tea, and only in case of emergency is this action entrusted by the eldest of the daughters, which corresponds to an unwritten rule - the same person, well familiar with the pouring, should always pour the tea. Tea is drunk from china, surely not topping up 1-2 cm from the edge of the cup, which is considered good form. 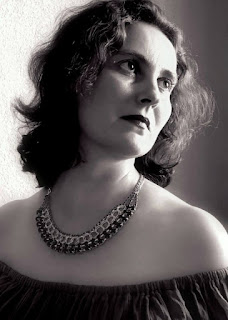 Meet our newest contributor, Maria Pavlova. Russian born, Maria started studying etiquette and traditions as a young girl, as it was important to her family. She dedicated much time and research to 19th century etiquette and customs. For a time, she ran an etiquette school called, “The Russian Princess.” Now, living abroad, she offers consultations and conducts etiquette lessons online.

Etiquette Enthusiast, Maura J Graber, is the Site Editor for the Etiquipedia© Etiquette Encyclopedia
Posted by Etiquipedia at 9:17 PM