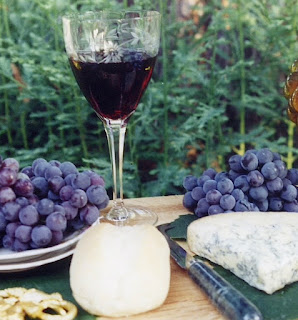 Britain's worst breaches of wine etiquette were revealed in 2015...
From refrigerating red wine to pronouncing the 'T' in Pinot Noir, UK drinkers were “clueless about how to quaff vino, according to a study” - The Telegraph

In a survey of over 2,000 UK adults by the International Wine Challenge (IWC), it was  found that, among other blunders like adding lemonade to red wine and pronouncing the 't' in Merlot and Pinot Noir, the top twenty wine-drinking faux pas were as follows:

Etiquette Enthusiast, Maura J Graber, is the Site Editor for the Etiquipedia©️ Etiquette Encyclopedia
Posted by Etiquipedia at 1:00 AM