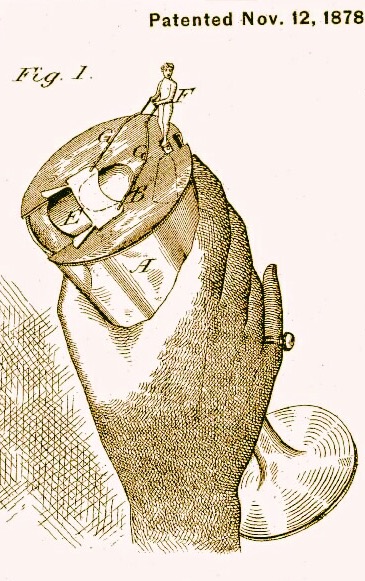 Breakfast is the least ceremonious meal of the day. Where the corps of servants is large, so that the arrangements of the day are not disturbed thereby, it is customary to let the members of the family breakfast at their own proper hour. Each one comes in without ceremony whenever it pleases him or her to do so. In smaller households a good deal of inconvenience would attend such a course, and it is well to insist upon punctuality at a reasonable hour. Nevertheless, at this first meal of the day a certain amount of freedom is allowed which would be unjustifiable at any other time. The head of the house may read his morning paper and the other members of the family may look over their correspondence if they choose. And each may rise and leave the table when business or pleasure dictates, without waiting for a general signal.

The breakfast-table should be simply decorated, yet it may be made extremely attractive, with its snowy cloth and napkins, its array of glass, and its ornamentation of flowers and fruit.

Queen Victoria has set the fashion of placing the whole loaf of bread upon the table with a knife by its side, leaving the bread to be cut as it is desired. However, the old style of having the bread already cut when it is placed upon the table will still recommend itself to many. In eating, bread must always be broken, never cut, and certainly not bitten.

Fruit should be served in abundance at the breakfast-table. There is an old adage which declares that "fruit is golden in the morning, silver at noon and leaden at night."

General Rules for Behavior at Table:

Tea and coffee should never be poured into a saucer.

If a person wishes to be served with more tea or coffee, he should place his spoon in the saucer. If he has had sufficient, let it remain in the cup.

If anything unpleasant is found in the food, such as a hair in the bread or a fly in the coffee, remove it without remark. Though your own appetite be spoiled, it is well not to spoil that of others.

Never if possible, cough or sneeze at the table. If you feel the paroxysm coming on, leave the room. It may be worth while to know that a sneeze may be stifled by placing the finger firmly upon the upper lip.

Fold your napkin when you are done with it and place it in your ring, when at home. If you are visiting, leave your napkin unfolded beside your plate.

Never hold your knife and fork upright on each side of your plate while you are talking.

Do not cross your knife and fork upon your plate until you have finished.

When you send your plate to be refilled, place your knife and fork upon one side of it or put them upon your piece of bread.

Eat neither too fast nor too slow.

Never lean back in your chair nor sit too near or too far from the table.

Keep your elbows at your side, so that you may not inconvenience your neighbors. Do not find fault with the food.

The old-fashioned habit of abstaining from taking the last piece upon the plate is no longer observed. It is to be supposed that the vacancy can be supplied if necessary.

If a plate is handed you at table, keep it yourself instead of passing it to a neighbor. If a dish is passed to you, serve yourself first, and then pass it. Luncheon.

Luncheon is a recognized institution in our large cities, where business forbids the heads of families returning to dinner until a late hour.

There is much less formality in the serving of lunch than of dinner. Whether it consists of one or more courses, it is all set upon the table at once. When only one or two are to lunch, the repast is ordinarily served upon a tray.


We have already spoken at some length of ceremonious dinners, so that all we need speak of in this place is the private family dinner. This should always be the social hour of the day. Then parents and children meet together, and the meal should be of such length as to allow of the greatest sociality. Remember the old proverb that "chatted food is half digested."

It may not be out of place to quote here an anecdote from the French, which will illustrate, in most respects, the correct etiquette of the dining-table.

The abbe Casson, a professor in the College Mazarin, and an accomplished litterateur, dined one day at Versailles with the abbe de Radonvilliers, in company with several courtiers and marshals of France. After dinner, when the talk ran upon the etiquette and customs of the table, the abbe Casson boasted of his intimate acquaintance with the best dining out usages of society.

The abbe Delille listened to his account of his own good manners for a while, but then interrupted him and offered to wager that at the dinner just served he had committed numberless errors or improprieties.

"How is it possible!" demanded the abbe. "I did exactly like the rest of the company."

"Nonsense!" exclaimed the other. "You did a hundred things which no one else did. First, when you sat down at the table, what did you do with your napkin?"

"My napkin? Why, just what everybody else did: I unfolded it and fastened it to my buttonhole."

"Ah, my dear friend," said Delille, "you were the only one of the party who did that. No one hangs his napkin up in that style. They content themselves with placing it across their knees. And what did you do when you were served to soup?"

"Like the others, surely. I took my spoon in my right hand and my fork in the left—"

"Your fork! Who ever saw any one eat bread out of a soup-plate with a fork before? After your soup what did you eat?"

"And what did you do with the shell? "Handed it to the servant." "Without breaking it?"

"Yes, without breaking it up, of course." "Ah, my dear abbe, nobody ever eats an egg with out breaking the shell afterward," exclaimed Abbe Delille. "And after your egg?"

"I asked the abbe Radonvilliers to send me a piece of the hen near him."

"Bless my soul! A piece of the hen. One should never speak of hens out of the hennery. You should have asked for a piece of fowl or chicken. But you say nothing about your manner of asking for wine."

"Like the others, I asked for claret and champagne."

"Let me inform you that one should always ask for claret wine and champagne wine. But how did you eat your bread?"

"Surely I did that properly. I cut it with my knife into small mouthfuls and ate it with my fingers."

"Bread should never be cut, but always broken with the fingers. But the coffee—how did you manage that?"

"It was rather too hot, so I poured a little of it into my saucer and drank it."

"Well, then, you committed the greatest error. You should never pour either coffee or tea into your saucer, but always let it cool and drink it from the cup."

It is unnecessary to say that the abbe was deeply mortified at his evident ignorance of the usages of polite society.


Etiquette Enthusiast, Maura Graber, is the Site Editor for the Etiquipedia© Etiquette Encyclopedia
Posted by Etiquipedia at 5:47 PM