More Vintage Etiquette for the Bedroom

In Bed With an Etiquette Teacher

The great etiquette teacher's dinner party was coming to an end.  Without bustle or confusion, each guest was saying goodnight and thank you to the host.

Deft servants helped the ladies to adjust their wraps, and the gentleman to find their hats and coats in the coat-room. What a well-managed party it had been! How delicious the sherry with the soup, the white wine with the fish, the red wine with the joint! How beautifully the napkins had been folded, each containing a dinner roll! How correctly the knives have been laid at the right hand of each plate!

Yes, it had been a lovely party. Not a flaw in it anywhere. As each guest said "good night and thank you" in well modulated tones, the great teacher of etiquette made some graceful, correct little remark like: "Dear Mrs. Dusenpeffer, so good of you to come." All the men wore white ties and waistcoats with their tail coats. All the ladies were perfectly dressed for the evening -- none more perfectly than the great teacher herself.

In her restrained yet expressive voice, when the last guest had gone, she said: "Goodnight, Bung," to the butler. And then, because it is a mark of breeding to be appreciative of good service, she added: "Everything was well done, indeed."

"Good night, madam," replied the excellently trained butler, with a slight bow. It would not have been correct for him to thank his mistress for a compliment. All that remained for him to do was to put out the two cats, Etty and Quetty, and then retire for the night to his own butler's pantry, where convention required him to guard the silver.
The great teacher walked gracefully upstairs. No human eye was on her, but a true lady never slouches. Mentally she reviewed her party. She had caught the Archbishop eating asparagus with his fingers. She scratched him off her mental list for her next dinner. And that flighty Mrs. Constant Wreeder. She had hurried into the dining room without waiting for Mr. Crumplewaite to offer his arm.

The great teacher sighed. Well, her own manners have been above criticism -- surely an inspiration for every guest. She shut the door of her bedroom. And with it, she shut every thought of good manners out of her mind.

Instead of getting undressed, she just came to pieces.

Her underclothes laying in a puddle on the floor.

She put her hair in curlers and smeared her face with cold cream.

She looked at her husband, who was happily reading himself to sleep and said "Well, Harry, is your firm going into bankruptcy or not?"

Then she asked him to get up and shut the window.

Then she turned on the radio.

Then she turned it off, and brought the conversation back to her husband's financial affairs.

Midway in this disagreeable chat, she saw a mosquito on the ceiling. In a sudden effort to kill it, she trod heavily on poor Harry's solar plexus.

A bit later she was sound asleep on her back, snoring loudly.

In the morning she jumped up, dragging the bedclothes off Harry's form. Without bothering to tuck him up, or even to notice if she had waked him, she breezed over to her desk. A happy thought had  struck her. "Well bred people," she wrote, "demonstrate the exquisite courtesy of good manners at every moment in their lives."

8
How to Invite Somebody to Bed


You "date yourself" far more by what you say than by the way you look. The use of worn out language (especially slanguage) is fatal to the best efforts of your barber and tailor, your gymnasium instructor, and all the others who try to make you seem youthful and sprightly.  And if you're a lady -- why, you may spend your allowance ten times over at the modiste's and the beauty parlor, and still be recognized for a grandmother if you use a grandmother's wise-cracks.

If you say: "How about pounding your ear?" or speak of your bed as "the feathers," you are using slang of nearly as ancient vintage.  To speak of going to bed as "flopping" is also not very new. In fact there is nothing safer and more modern to say than "Let's go to bed."

But people do get tired of saying this over and over again, especially if they have to say it several times every evening, before good results are attained. Comical bishops in English novels usually vary it by making up a phrase such as "Let's all go to Bedfordshire!" But this is also old.

To be thought young and dashing you need a wholly new piece of slang. It is always piquant to make it up yourself, and not depend on seeing it in the newspaper, or overhearing it at a party. Here is the way to proceed:

It was funny to call a bed "the hay" for a few years after the mattress was stuffed with hay. But your mattress is now stuffed with selected South American horsehair, full of correctly tempered hour-glass springs, and magically insulated with fleecy felt. If you don't believe us, cut it open. Or read the advertisement of that mattress.

You would surprise and perhaps charm also anybody, even your husband, if instead of saying "Let's hit the hay!" you said "Let's hit the selected South American horsehair, full of correctly tempered hour-glass springs, etc. etc.". But maybe this is too long to learn by heart -- and it certainly won't sound funny twice.

What you need, to refresh your way of speaking, are some good, reliable words that mean dead. Are short list includes bunk, berth, palett, crib, cot, shakedown, lit (French) and palang (Hindu.) Then you want a few good words that mean "lie down," "yawn," "snore," "take a rest," and so forth.  You might trust the dictionary, but never trust a dictionary too far. Or you will find yourself saying to some startled person, who never went to school in Boston, something that he or she won't understand.


Only if your wife was a Boston girl can you say: "I am somniferous. Are you statuvolvent? Shall we oscitate in our palang?" It is really simpler to say: "Let's go to bed." 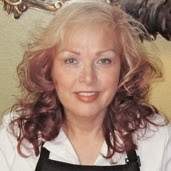 Contributor Maura Graber has been teaching etiquette to children, teens and adults, and training new etiquette instructors, for nearly a quarter of a century, as founder and director of The RSVP Institute of Etiquette.  She is also a writer, has been featured in countless newspapers, magazines and television shows and was an on-air contributor to PBS in Southern California for 15 years.

Posted by Etiquipedia at 8:59 PM