In Honor of the Royal Baby... 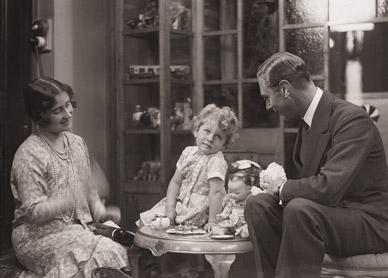 In July of 1929, the Duke and Duchess of York have a “Tea Party” with Princess Elizabeth in the Nursery


JEAN PAUL RICHTER, in his great work on education (Levana), intimates that we scarcely realize the momentous possibilities that lie all about us folded up in the heart of childhood, as the blushing petals of the beauteous blossom yet to be lie folded close within the sheltering calyx.

"Do you know," he queries, "whether the little boy who plucks flowers at your side may not one day, from his island of Corsica, descend as a war-god into a stormy universe to play with hurricanes for destruction, or to purify and plant the world with harvests?" And just because we do not know the extent of these possibilities, children must be carefully trained to fill whatever post or province may be theirs in the time to come.

Now, they are in our hands to mold as we will; then, they will be the masters, and much of the character of their sway will depend upon the guidance of the present. Viewed in this light, the manners and the morals of children, closely associated as they are, become of the greatest importance to the world. 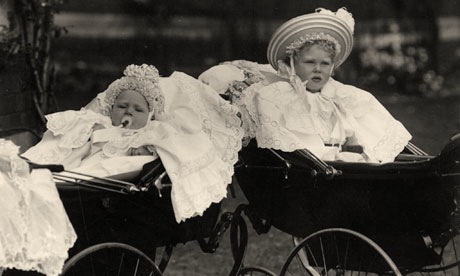 Teach the embryo man or woman, in the nursery, the traits, the habits, the customs of the best etiquette, and you have stamped upon them, at an age when the character is impressible as wax, not only the outer semblance, but, in a great degree, the inner reality, of a true man or woman.

Let the children grow up in a home where rude gestures, or ill-tempered words are unknown, where truthfulness, kindliness, forgetfulness of self and careful consideration of others, permeates the very atmosphere, and they will go forth into the world armed with the integrity in which all men may trust, the polish that will win them admiration, and the true refinement that will render their friendship elevating.

See, also, that there is perfect unanimity between the parents as to the government and instruction of the children in the household, and, if any difference should arise, it should be settled in private. Children, being strongly imitative, are best taught by example. Never reprove unless absolutely necessary, and never let the voice rise excitedly to ensure obedience. By keeping your own voice low and calm, you do much toward lowering the key of their high-pitched, childish treble, and soothing the troubled waters of their  souls.


Never permit yourself to threaten where you do not perform; children are quick to learn the value of your promises, and place very accurate estimates, in their own minds, as to what their parents will, or will not do under given circumstances. Absolute truthfulness can never be taught a child by precept, when by constant example he is taught that the word of his parents has little or no value in his own case, so far as threats and punishments, or even rewards, extend. If a punishment is the penalty for a broken law, see that it is inflicted; if a reward is promised, be sure that it is given.

Enjoin upon children strict justice in their dealings one with another, even in their games, never allowing the stronger to impose upon the weak, but teaching forbearance and tenderness in all their actions.

Discourage, as far as possible, all talebearing in the home, and, as a rule, do not listen to complaints, and long recitals of injuries received from little playfellows. Care in this respect will nip in the bud the tendency toward exaggeration and talebearing that so early develops in a child, and so soon matures into the "gossip" of riper years. This demand for exactitude in childish statements will pave the way for strictly truthful declarations in the more important affairs of later life, redounding thus to the lasting benefit of the individual and the community.

The least approach toward prevarication, or concealment of their childish misdemeanors, should be treated as a grave fault. To prevent, as far as possible, all attempts at disguising the truth, penalties for faults should rarely be of so severe a nature that the little transgressor resorts to evasion through fear of the consequences.

Children should be taught to be respectful toward their parents and others older than themselves, to be polite towards those of their own age, and very thoughtful for the comfort of the sick and weak. Respect must also be shown toward servants and dependents, and no unnecessary demands made upon their time or services. 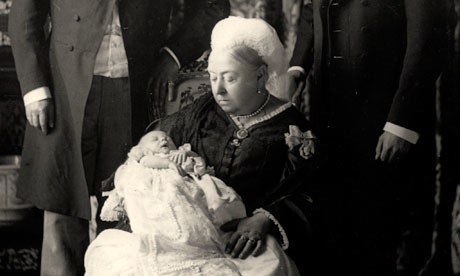 
Prompt obedience should always be demanded of a child, and the spirit of murmuring and questioning firmly repressed. None can command except they have first learned to obey.


Do not allow children to tease, nor, having once refused on good and sufficient ground, suffer your consent to be gained by siege. Make your refusal final, but do not refuse thoughtlessly, or for mere caprice. The wishes of a child are as real to him as those of grown people are to them.


Rudeness and abruptness must never be tolerated in the manners of a child. "Yes," and "no," in reply, and "what?" in interrogatory, are uncouth and disagreeable in sound. "Yes, sir," "Yes, ma'am," and "What, ma'am," are much better substituted, but even these are open to criticism. English etiquette relegates "Sir" and "Ma'am" to the use of servants, save in case of addressing the higher nobility when "Sir" is sometimes used.


The better and more graceful etiquette of the day would teach a child to say, "Yes, mamma," "No, papa;" or a student at school to address the teachers as, "Yes, Prof. Stanley," "No, Miss Livingstone." If they fail to understand a remark, a quick, "Beg pardon," or, "I beg your pardon," or even, "I did not understand," can soon be taught to even childish lips and never be forgotten as they advance to maturity. The use of "Please," and "Thank you," or, "I thank you," (never the thankless "Thanks,") should be early impressed upon their minds.


Teach them never to speak of grown people without prefixing "Mr.", "Mrs.", or "Miss," to their name. It is very objectionable for a child to fall into the habit of saying "Brown did so and so," instead of, "Mr. Brown, etc." Insist, too, that at school they shall never say "Teacher," but address their preceptor by his proper name.


Impress upon children that they must answer politely when spoken to, but strictly repress any tendency on their part toward questioning visitors at the house. Here let it be added, for the benefit of their elders, that nothing can be a surer evidence of ill-breeding than for a grown person to question a child in regard to his family affairs.


Never permit children to interrupt the conversation of their elders, and see, as a preparation for this, that among the little ones themselves, one who has a story to tell is permitted to finish without an impatient brother or sister breaking in with his, or her, version of the same tale. See that each has his turn and many of the noisy disagreements of the playroom will thus be done away with.


Insist, too, upon the lowering of each eager little voice, and a long step will have been taken toward doing away with the high-keyed voices and the all-talking-together habits that afflict so many of their elders.


See, too, that the children, while not allowed to interrupt the conversation of grown persons, receive in some degree the same consideration from them. In other words, let the children talk sometimes, and listen to them sincerely and respectfully. There is no better way to train a child in courtesy than to observe toward it the most scrupulous politeness, and a child whose own conversation is respected can be easily taught to respect the conversation of others, and to know when to talk and when to be silent.


This habit of listening, inculcated in childhood, will do much toward forming agreeable members of society in after years. If a guest should converse with a child for a moment, watch that it does not make itself tiresome by engaging his or her entire attention.


Never "show off" children to visitors. It fosters in them a feeling of vanity, and is often very tedious to the persons upon whom it is inflicted, it being barely possible that your own estimate of their brilliancy is not shared by outsiders.


Neither should strangers be allowed, under any circumstances, at home or abroad, to tease a child "just for fun." Its angry answers may be amusing, but the practice is one that works irreparable injury to the child. As soon as this tendency is discovered in a visitor, send the child quietly, but firmly, from the room, remarking casually, when it is gone, "that children are apt to be troublesome when they talk too much."


Children should not be allowed to "visit" other children solely upon the request of the children. The invitation should come from the parents. Otherwise great annoyance may result from such unconsidered calls.


Do not take children while making formal visits. They are often an annoyance, and always a check upon conversation. If they must be taken, do not allow them to meddle with anything in the room, nor to interrupt the conversation. Neither should they be permitted to handle the belongings, or finger the attire, of callers at the house. Do not take them to art galleries, artist's or sculptor's studios, and never allow them to meddle with goods in stores.

Queen Elizabeth at her Christening


From the book "Social Life, by Maud C. Cooke"


Etiquette Enthusiast, Maura J Graber, is the Site Editor for the Etiquipedia© Etiquette Encyclopedia
Posted by Etiquipedia at 1:50 AM